In the new Ten Pounds of Gold promo, Cody Rhodes and Nick Aldis share their deepest insight into how important their upcoming NWA heavyweight championship match at ALL IN is for the wrestling industry. The American Nightmare in particular emotionally breaks down talking about his father Dusty Rhodes, and how important that name is to him in everything that he does moving forward. Cody even goes as far to say that Dusty was so much better than what we saw, that his brother Dustin was so much better than what we saw, and that he hoped and continues to hope that he can help the Rhodes name reach another milestone in the industry.

Cody got too choked up to finish his thought…but he would continue.

I don’t think many people will understand this because they’re not me and they’re not in this family but when I got into professional wrestling I wanted to be the savior of my family. Dusty was so much better than, especially when I was younger then at the time people realized, and Dustin never got the opportunity to compete for the WWE World Championship so I always wanted to be the savior of the family. I wanted to be the one who came in, and if you started to forget the name Rhodes you’d have to stop in your tracks.

Check out the full Ten Pounds of Gold below. 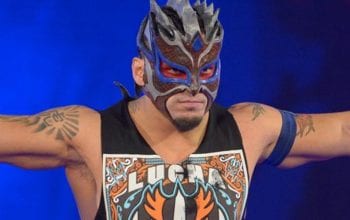