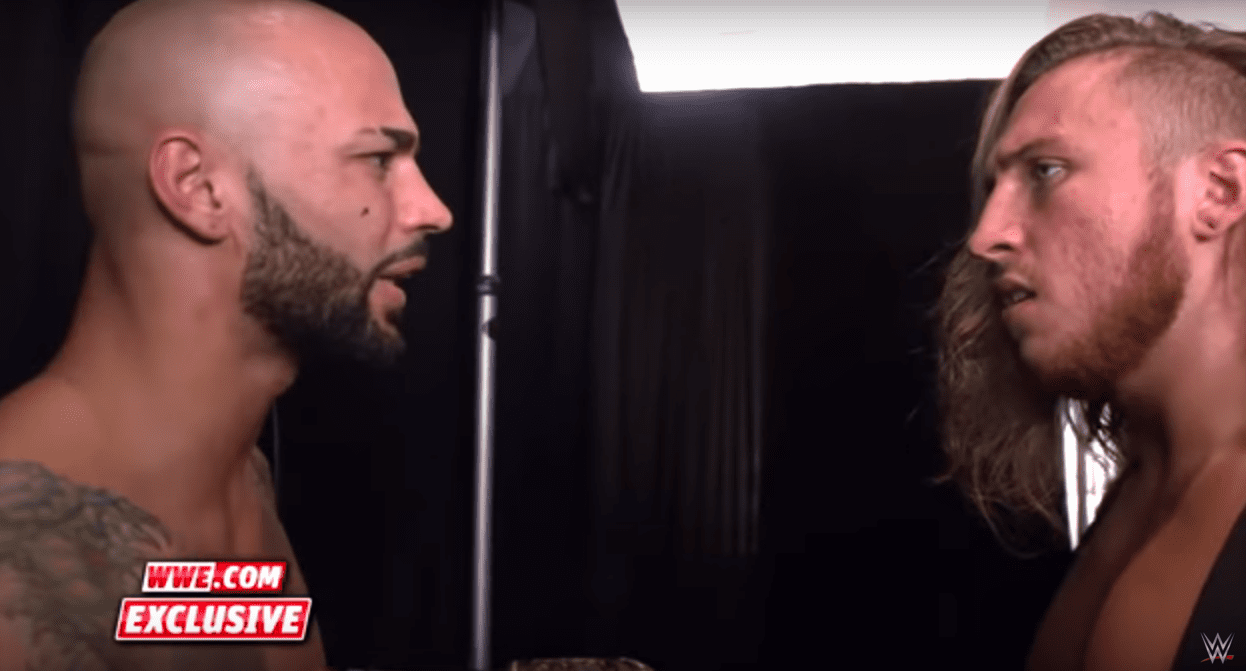 On last night’s episode of NXT United Kingdom champion Pete Dunne and North American champion Ricochet couldn’t remain on the same page long enough to defeat the Undisputed Era’s Adam Cole and Roderick Strong. Post-match the babyfaces took a beatdown from the U.E. until the monstrous War Raiders came in to make the save, setting up a pretty interesting dynamic before the upcoming Takeover WarGames.

Now in a WWE exclusive, we see Pete Dunne and Ricochet get into a heated exchange backstage, with each man blaming the other for the loss. Dunne claims that he’s been the champion for 400 plus days while Ricochet reminds him that he’s never faced him in the ring. Whether or not they overcome their rivalry with the Undisputed Era, it’s clear that the inevitable outcome will be a showdown with one another.

Check out the encounter below.