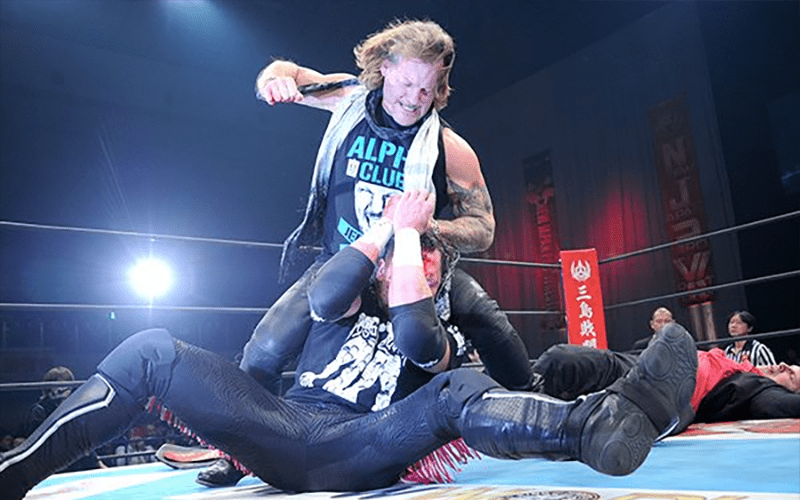 In his most recent interview with Wrestling Observer Radio, Chris Jericho openly dissected the current market of the wrestling business and the vast differences between the New Japan product and the WWE juggernaut. He also reminds us all of the massive success that Alpha versus Omega was at the Tokyo Dome, which he believes is a strong reason the independent scene is as booming as ever.

Yeah, you know, it’s one of those things where it happened very quickly. I don’t think people really expected it but when you look at what’s really going on, it doesn’t surprise me because, you know, not that it was the plan or anything like that but you had a group of guys… this is a very talent driven business, always has been, always will be. Who’s available, who is not available? And, you know, when you look like 1996 or 1997 or 1995 when WCW started its big run, the reason why it was so huge, why that rivalry was so huge, was you had guys that were jumping back and forth, and you had options. Now, for the first time since then, it’s happening again. And it’s based all around kind of the free agents of the business, when you’re talking about The Young Bucks, and Cody, and Kenny (Omega), and Marty (Scurll) and Jericho.

I think all of these things kind of happen like a domino effect. I’m not going to put myself over too much but when you look at where the business was last year at this time, then suddenly we do Alpha vs. Omega, Jericho vs. Omega at the Tokyo Dome. And it goes on double main event, sells an extra 12-13,000 tickets, but more importantly the streaming from New Japan World goes up 60-percent in the United States. That then opens the door for a whole new generation, or a whole new market of people, demographic of people, that didn’t know what New Japan was, right? Then they suddenly check it out because they hear all about this Jericho-Omega match, suddenly they get hooked on New Japan, it becomes even more of a hotter thing to more people, then suddenly they’re able to book a show in Madison Square Garden and sell it out.

Now, I’m not saying that’s because of me, but I’m saying one of the catalysts for that was Alpha vs. Omega. That’s where you can see all of these things happening where maybe it took a guy like Jericho to do this match that opened up all these doors to where now it’s just starting to go through the roof. I think all of the kind of pieces were in place for that to where now you have New Japan as a viable secondary choice in the United States, and let’s be honest: the WWE is the WWE, it’s not going anywhere, it never will, it’s the biggest wrestling company in the history of the planet, and New Japan is not going to change that. But it’s always good to have an option.

The thing that’s different about it … is that it’s a different style. There’s a different vibe to it, and that’s how you can really make it as a secondary kind of choice and secondary option behind the WWE. You don’t want to be WWE-lite. We’ve seen that happen with old TNA and all these other promotions that are just trying to provide basically what WWE provides. New Japan provides something completely different, and that’s why it’s working, that’s why it has become, like I said, a secondary option if you’re a hardcore wrestling fan. And then you take the ALL IN aspect of making it kind of this… it’s the place to be, it’s the cool, happening thing. You want to do something special? ALL IN is the place to be. When you can get people convinced that it’s the place to be, it’s the cool thing, it’s the hip thing, that’s what it takes to really make your mark. I think all of these things that you mentioned, between Madison Square Garden and ALL IN and even this Jericho Cruise, these things that are outside the WWE world, and now there’s a whole new generation of wrestling fans who go ‘yeah, we like WWE but we like this other option as well.’ That’s just good for the business, and it’s good for the boys, and it’s good for the fans.

If anyone can brag…it can be Jericho. He does think he’s the next Brock Lesnar in terms of special appearance…and you know what…