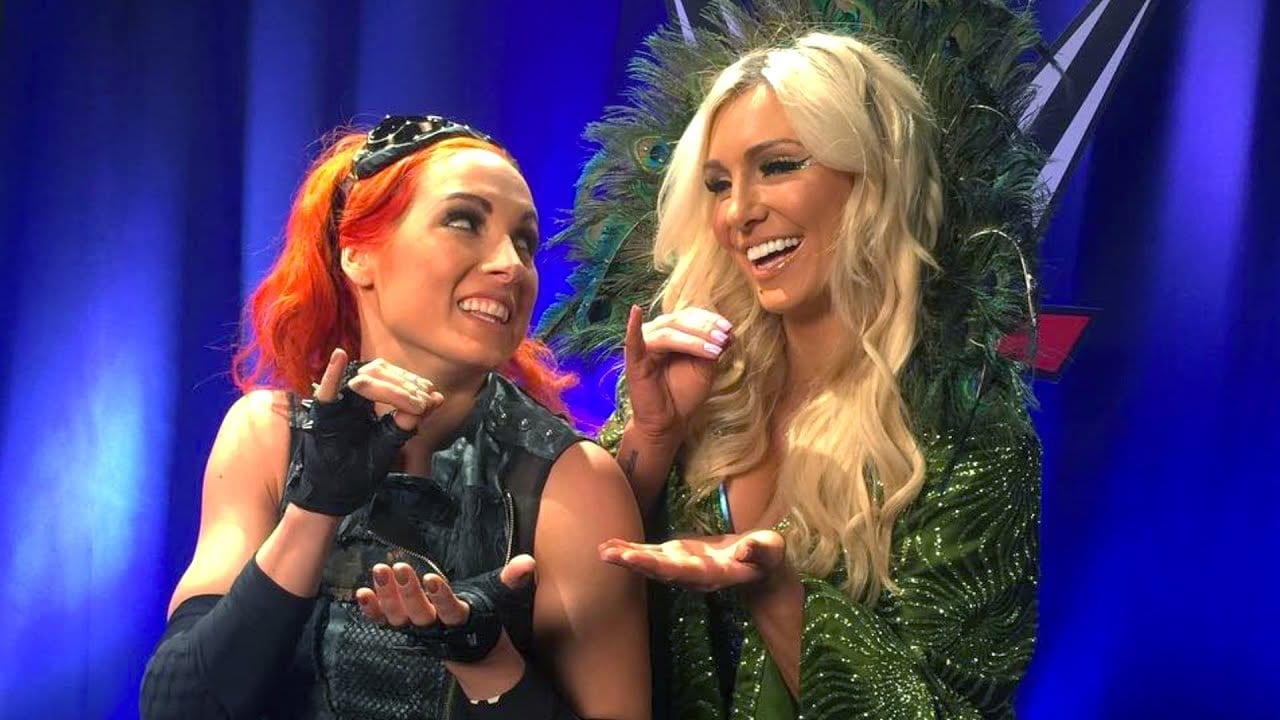 Kayfabe is dead and apparently, Becky Lynch is totally cool with it. Lynch and Flair aren’t getting along at all right now, but when asked about Charlotte by CBS’ In This Corner before SummerSlam, but Flair was still a part of the match at that point.

Lynch said she’s been friends with Flair since the first time they met. She called Flair “lovely” and spoke very highly about the woman who swooped in and stole the SmackDown Women’s Title out from under her at SummerSlam.

“It was actually from the get-go. She’s so lovely, you know? We have the same kind of interests, the same kind of life like we’re always going to the gym and you know, eating a whole lot of food — it probably started there. She’s very easy to get along with, she’s very down to Earth.”

“I came in there, she’s been there a year ahead of me. I hadn’t wrestled in seven years so my confidence was kinda down. It was something I really had to rediscover, you know? I felt like one of those girls from — you know everyone’s so glamorous, right? I walk into this place and I’m frumpy as can be. I didn’t know that people had fake eyelashes and fake hair, all these kinds of things… you find out down the line.”

Even though Becky and Charlotte seem to be fighting now, there was a time when Flair and The Boss took Lynch under their wings at the WWE Performance Center and really helped her out by pulling a total makeover on the Lass Kicker.

“[Flair] and Sasha [Banks], they really helped do a little bit of a She’s All That kinda transformation on me — I’m not saying that I’m all that. But you know what I mean. They really looked out for me and they saw that I loved this and I wanted to do well and that I was gonna work hard. They really put me under their wings and made me feel comfortable and it was a big help in finding my confidence in the ring.”

“So from that, we were close when we were in NXT, but not as close as we were when we got on the main roster.”

Only time will tell how the Lynch vs Flair angle turns out, but it looks like thing backstage might not be as heated as some fans might think.