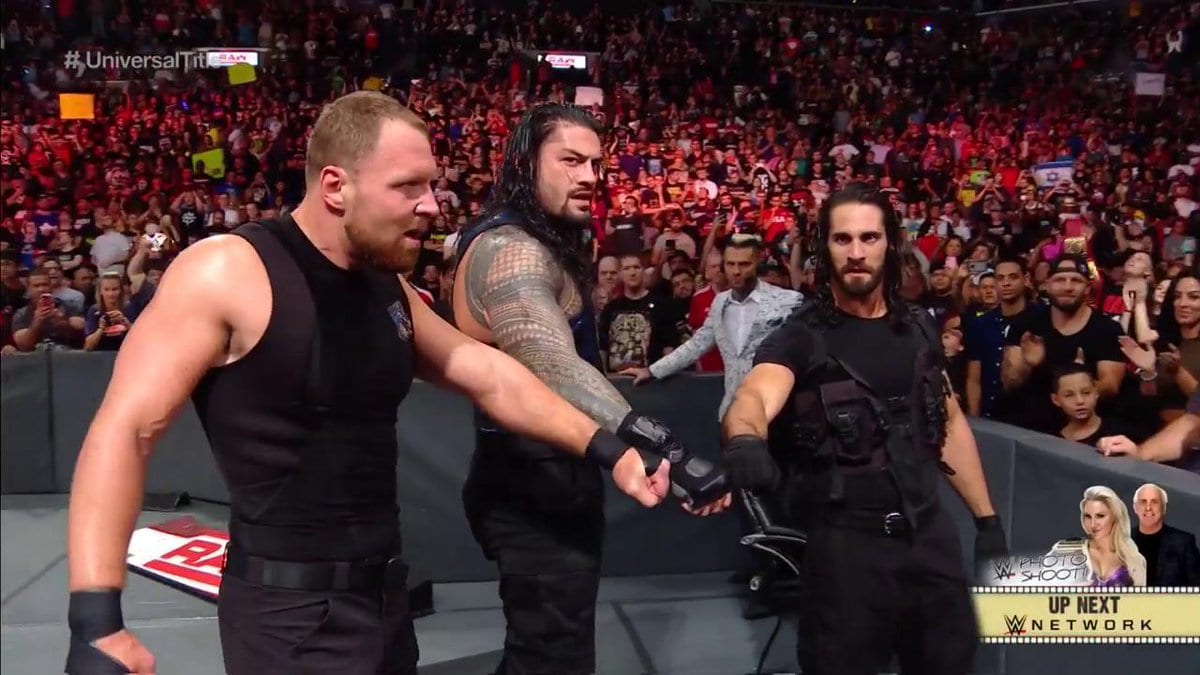 As seen on RAW this past week, Roman Reigns, Seth Rollins and Dean Ambrose reunited The Shield faction and attacked Braun Strowman in a heel-like fashion. When the show went off the air, many were puzzled to if the faction were a babyface group or a heel group.

In an update, it now appears that the group will be a babyface faction moving forward. WWE is advertising The Shield vs. Dolph Ziggler, Drew McIntyre & Baron Corbin for the October 15th RAW in Philadelphia, which would further indicate that they are in fact a babyface group.