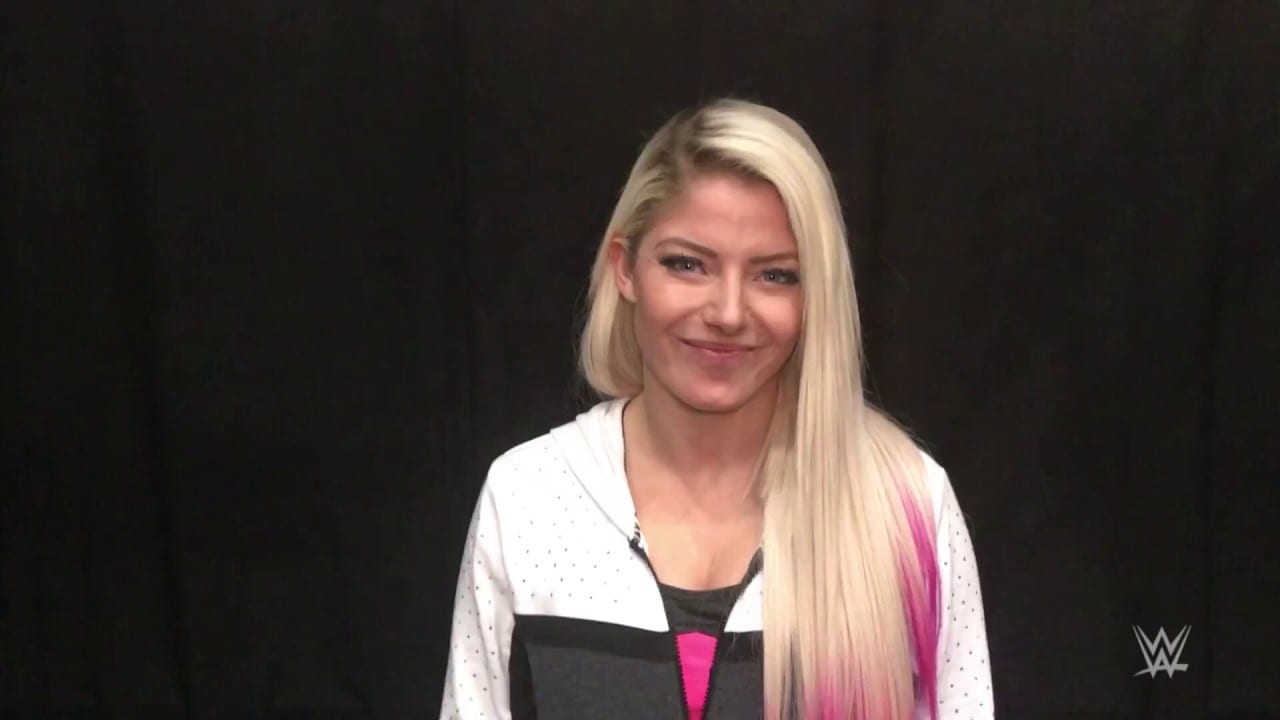 While being interviewed by WWE, Alexa Bliss revealed that she found out about her upcoming match against Trish Stratus on Twitter.

“I found out like everyone else did on Twitter, which is pretty cool. I was the tweet and the notifications and my phone kept going off. I said, “what’s going on?” So I checked my phone and I saw the WWE tweet. I was really excited and surprised because I love Trish. I always watched Trish growing up and I wasn’t able to get in the ring with anyone during the Royal Rumble, so I’m really excited to have this opportunity.”