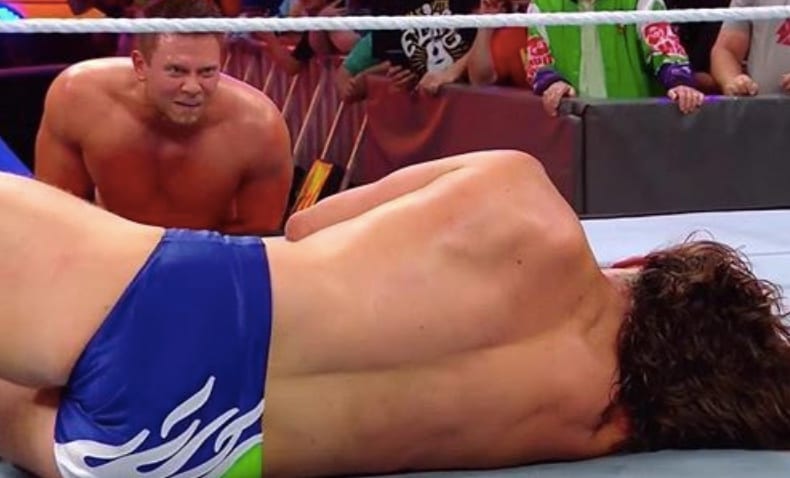 Following his victory at SummerSlam last night, The Miz has taken to social media in order to taunt long time rival Daniel Bryan.

Courtesy of assistance from his wife Maryse, The Awesome One managed to overcome the odds and defeat Bryan in a match that was eight years in the making. Many viewed it as one of the best bouts of the night, although some were left frustrated by WWE’s decision to have Miz come out on top.

Alas, it feels like this rivalry between the two men is far from over, with Miz continuing to rub his win in the face of his greatest enemy.

I have nothing to prove. 12 years in @wwe i think it’s about time everyone realizes IM PROVEN. #Repost @wwe @mikethemiz has something extra to prove tonight. It’s time to silence his doubters! #SummerSlam

There are several routes that WWE could go down now when it comes to future storylines, but one of the primary theories is that Miz will wind up challenging for and winning the WWE Championship at some point in the next few months. That’d make sense given that AJ Styles is the babyface champion, although there’s always a chance that Samoa Joe will win the belt in their inevitable rematch.

In theory, that would set up Miz vs Bryan for the WWE title at WrestleMania 35 – although we’re probably getting into fantasy booking territory at this point.

Miz & Bryan’s match had arguably the best build heading into SummerSlam, which wound up being an incredibly successful event. The personal nature of the rivalry made it feel very real, and they managed to work their grudge match in a way that made sense when you consider the context of their story.