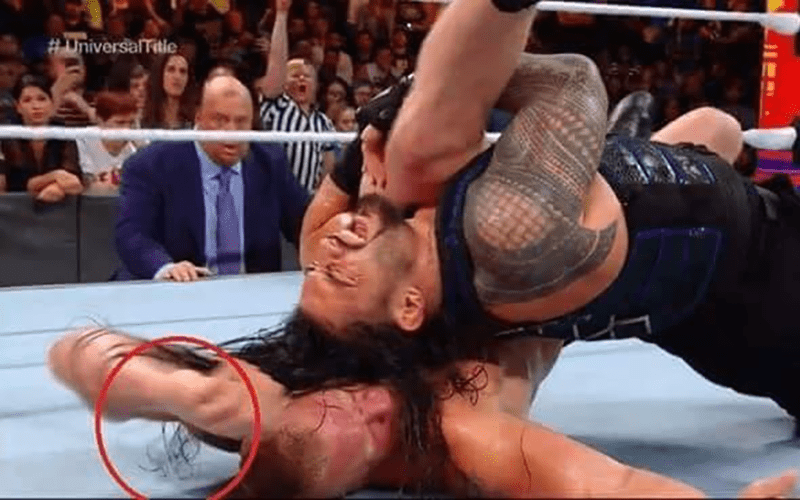 Brock Lesnar’s main event loss to Roman Reigns might have some controversy attached to it. It appeared that Reigns speared The Beast Incarnate and pinned his shoulders to the mat, but there might be more than meets the eye.

If you freezeframe the pinfall, Lesnar’s shoulder is clearly up. If this was intentional then it could very well mean an eventual rematch clause for the Universal Title could be in order. This is very interesting especially if you consider the fact that Lesnar is booked to be on Raw tonight. Then again, he’s no-showed Raw before if he didn’t have a real reason to be there.

But the proof is in the pudding and in this case, it doesn’t look like both of Lesnar’s shoulders are down. This could be a botch or a huge part of the storyline later on. Or maybe Reigns just pulled him too hard in the wrong direction because he was so excited. Either way, it made for a great photo.

What do you think about this entire SummerSlam situation and is Lesnar really done with the WWE Universe? 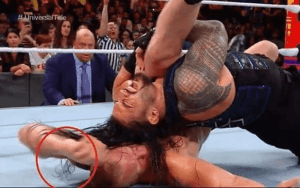 (Thanks to Melissa A. Klein for contributing)