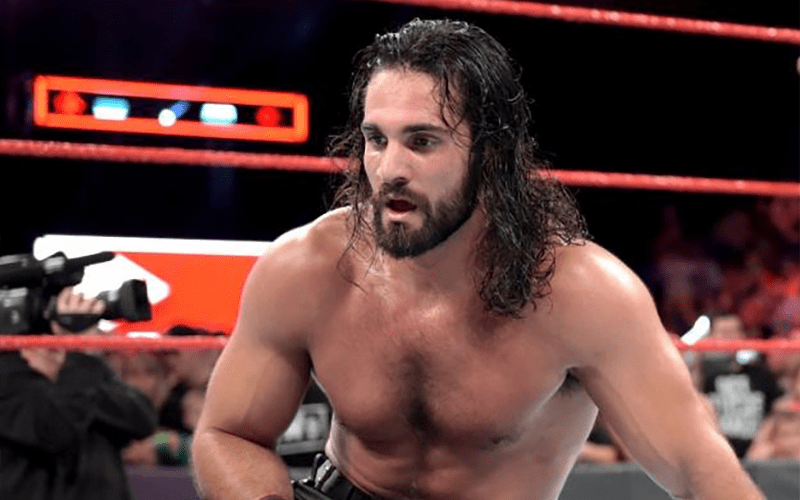 The Architect and the Show-Off were tasked with being the main event at last months Extreme Rules PPV at the PPG Arena when a rowdy Pittsburgh crowd went into business for themselves and started doing a royal rumble countdown due to the iron-man clock. The bout’s chemistry was all thrown off but somehow Seth and Dolph still managed to put together a fine showing for the Intercontinental Championship. Now, even a month later, Seth is still confused as to why paying customers would try and sabotage the show they’re at, and opened up about the situation on the most recent In This Corner podcast from CBS Sports.

I think upset is the right way to put it.

People are like, ‘did you get mad?’ Naw dude, I just get sad because I love performing and I love having that synergy with the crowd and when they’re, you know paying attention to something else, inexplicably really, it’s frustrating from a performance perspective. Especially when you know you’re in the main event of a PPV for the Intercontinental Championship, it hasn’t been done in twenty-odd years and it’s the match that you know, most people in the building paid money to see, to begin with.

So it still doesn’t make sense to me. I don’t get it. I can’t imagine myself paying money to go to some sort of show or game or concert or something and you know and not paying attention to what’s going on. Again, you know they did buy their tickets they’re allowed to do whatever they wanna do with their time. So it’s sort of a double-edged sword in that sense. They can do what they want, but yeah it definitely makes you question your own validity in that spot.

Seth would go on to dissect the working relationship between performer and audience:

I think that you know, there’s a section of the audience that already has something in mind. They already know what they wanna do when you bring up something like a Brock and Roman situation. They already have in mind how they feel going in and then it becomes very difficult to change their minds, you know during the course of a match. It just makes your job a little more difficult is all.

I don’t know the science, you know there is none, it’s an art form, right? So I don’t know how it works in 2018 all the way. It’s such an interesting time that we’re in with pro wrestling. So I’m anxious to see how it comes out on the other side. I can’t imagine it will be like this forever.

It’s an interesting paradigm shift in how the audience uses the show, I think.

Rollins makes a valid point, but it’s nice to see that his attitude and drive hasn’t been too diminished by the incident, and if it is…he sure is soldiering through it.

What do you think RingSide? Any more thoughts on the good people of Pittsburgh? Sound off…and check out the full podcast below.