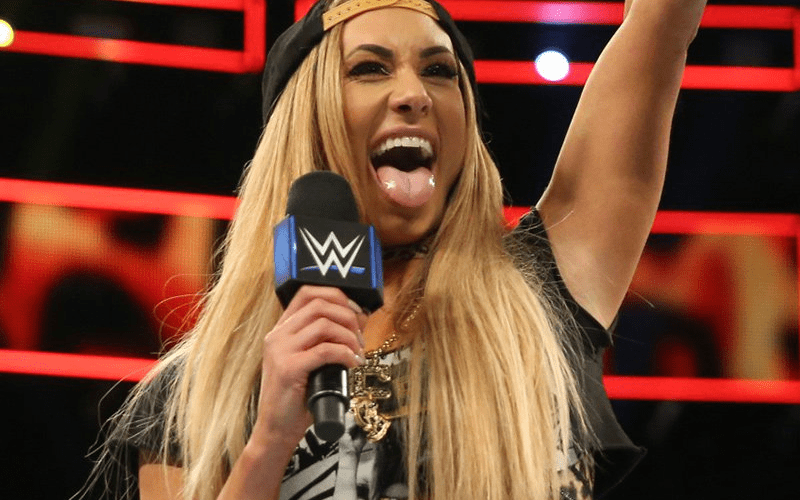 The WWE Women’s Revolution will see a big nigh as Evolution becomes the first-ever all female pay-per-view in WWE History. Only time will tell what kind of card the will book for the big show, but they’re likely to be planning some big things.

Carmella, who is currently the SmackDown Women’s Champion thinks we’ll see Women’s Tag Team Titles in WWE eventually as the Women’s Revolution keeps going in WWE. She spoke to some journalists in Europe about what’s next for the women in WWE.

“I think the sky is the limit for the women and I think Tag Team Titles are for sure in the picture in, when? I have no idea. But you know, I don’t think it’s moving slow.”

Carmella has a pretty big match at SummerSlam, but if she has it her way, there will be plenty more to come as WWE’s women’s division continues to show how much they deserve their spotlight.