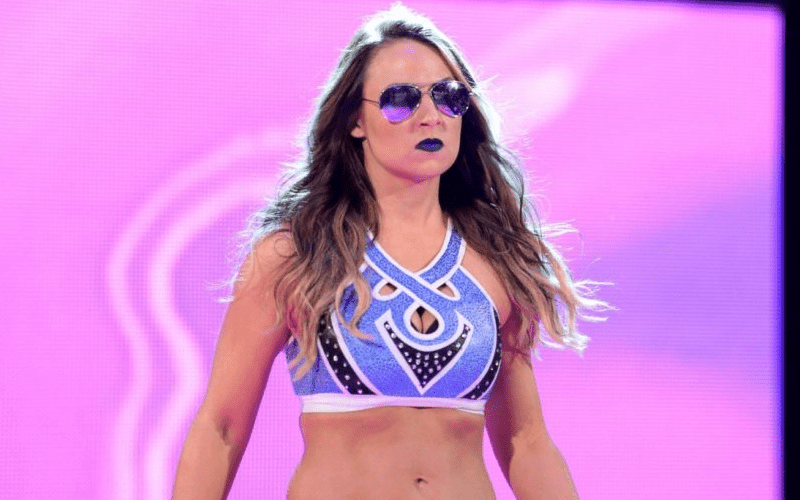 Former WWE Superstar Emma- who now goes by her real name of Tenille Dashwood on the independent circuit is now suffering from an undisclosed medical condition.

According to Fightful, Dashwood was taken off the ROH Honor Re-United Tour due to this medical condition. Furthermore, former WWE Mae Young Classic competitor and ICW women’s legend Kay Lee Ray will be making her ROH debut as a replacement for Dashwood.

A press release from ROH themselves confirm that Dashwood’s medical condition is not serious, but it does mean she has to be taken off the tour. They go into no further detail, but Dashwood seemingly hasn’t confirmed any additional details on her social media either.

On the massive change to the ROH Honor Re-United Tour, ROH had the following press release:

“Due to an unfortunate, non-serious medical condition, Tenille Dashwood has been ruled out for the Honor Re-United Tour and will return at Philadelphia Excellence. In addition, Chardonnay has also been ruled out due to injury and will be unable to compete.

“Because these athletes will not be competing, the Ring of Honor Board of Directors have made substitutions and changes to the Women of Honor matches that will be taking place in the UK.

“On last year’s Global Wars Tour, current Women of Honor Champion Sumie Sakai competed four times in four days, a tour that reinvigorated Sumie ahead of the Women of Honor Championship Tournament and which she has credited for getting her ready for the tournament that followed in the ensuing months. Will we see Kay Lee Ray make an impactful debut and use the tour as a launching pad like Sumie did the Global Wars Tour last year? Only time will tell!”

As the injury to Dashwood is not serious, we expect her to be back in full force within the next few weeks. Stay tuned to Ringside News for any further developments on this.

Are you a fan of Dashwood? Do you recall much about Kay Lee Ray from the Mae Young Classic? Let us know in the comments below.