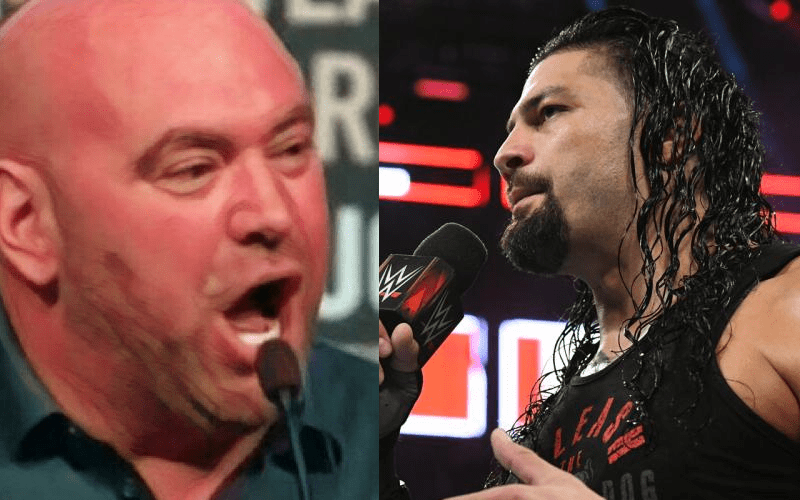 Roman Reigns got a little happy on the microphone on Raw this week when he was riffing on Brock Lesnar. In all reality, this was probably a line written for Reigns to parrot back on the microphone, but it was pretty interesting, to say the least.

“At SummerSlam, I’m taking back my Universal Championship,” Reigns said on Raw this week. “I’m going to send Brock so far back into the UFC, he’s going to find his head stuck in Dana White’s ass.”

It didn’t take long for the head honcho of the UFC to take notice. He didn’t reply with any kind of threat or even an invitation to come to an event for Reigns. Instead, White just replied, “lol.”

We’re guessing Dana White found this little jab amusing if anything it will certainly give him something to talk to Lesnar about when they have their next meeting.