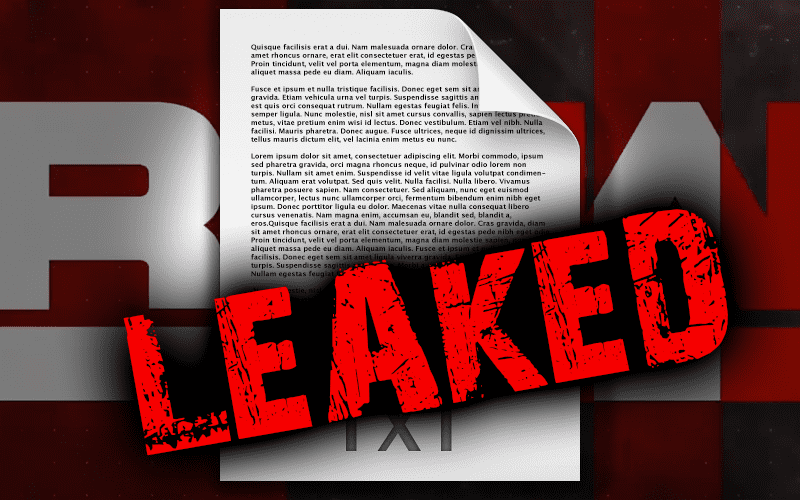 Tonight’s RAW script was leaked online via Fightful.com. You can check out spoilers for the show below.

– Ronda Rousey kicks off the show

– Jinder Mahal and Kevin Owens will join Constable Corbin after his match, but Kurt Angle will change up the plans Corbin has for Balor

– Elias will get interrupted by Bobby Lashley (AGAIN.)

– Raw Tag Team Title Match: B-Team (c) vs. Deleter Of Worlds vs. The Revival. A Summerslam match between The Revival and B-Team will be announced for the Kickoff show for the titles.

– Kurt Angle will be seen backstage throughout the night.

– Roman Reigns will have a promo interrupted by Paul Heyman. Brock Lesnar will attack Reigns after Heyman sprays him with pepper spray. It was all a ruse for Heyman and Lesnar.

– WWE will celebrate the life of Jim “The Anvil” Neidhart