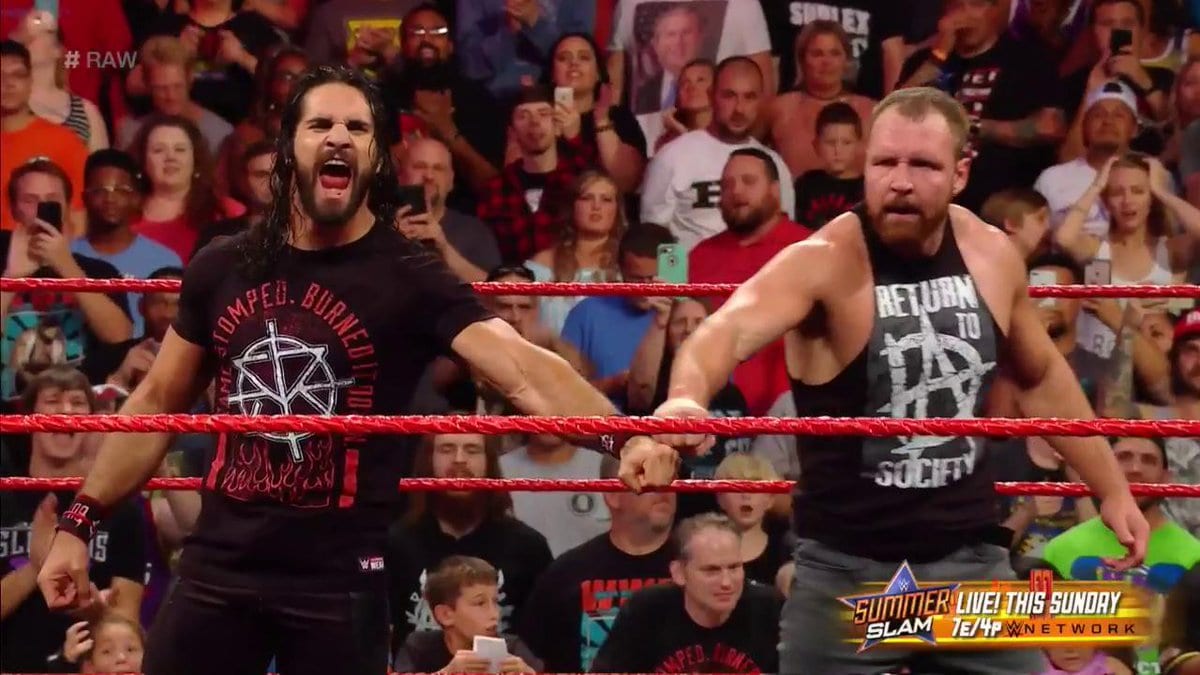 Dean Ambrose was put out of action due to a triceps injury and it was about time for him to return. Actually, Dean was about a month ahead of schedule but he’s been concentrating really hard on his return, even moving to Alabama so he could be closer to his doctors.

Seth Rollins was all prepared for his IC Title match at SummerSlam, but he was in China so he couldn’t make it back for the contract signing. At the end of the show, Dolph Ziggler said Kurt Angle should just call off the match

Angle called for Rollins, but he never came out. Ziggler and Drew McIntyre talked some smack about Rollins for not showing up and being a coward but still put him over. McIntyre said this is an example of how the hard work should begin once a Superstar makes it to Raw which is why they respect Rollins. but he was the architect of his own downfall.

Dolph signed the contract to make the match a forfeit and suddenly, Rollins showed up just in time fresh off his trip from China. Rollins said he’s actually been here for a little while because he wanted to wait until Ziggler signed his contract because he didn’t think Ziggler would sign once he figured it out that Dean Ambrose was going to be at SummerSlam too.

Then he brought out Ambrose out to reintroduce The Lunatic Fringe to the WWE Universe. He looked good and with short hair and an intense look on his face. Needless to say, Dolph and Drew were upset.

2/3 of The Shield rushed the ring and McIntyre ate a Dirty Deeds as Greensboro became unglued.