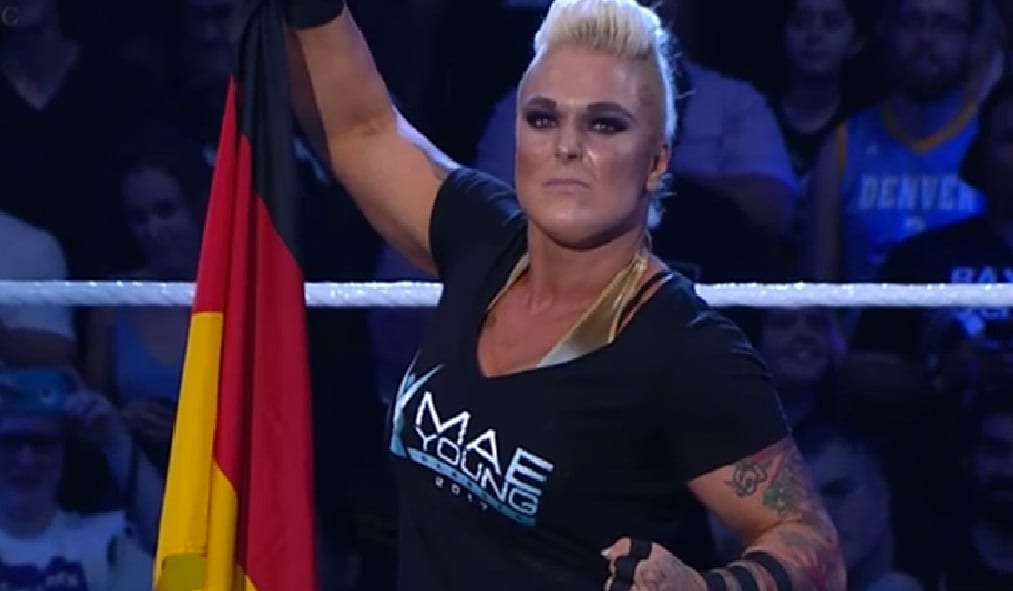 The Mae Young Classic brought back a few names this year who competed last year, but Jazzy Gabert wasn’t one of them even though she was extremely popular last year.

Jazzy Gabert was super over with the crowd during last year’s MYC, but WWE couldn’t sign her to a deal due to her neck issues. She got those repaired and is working again, but Dave Meltzer noted on Wrestling Observer Radio that WWE might not have been ready to take a chance on the German just yet.

“She was offered a deal it was just that her neck didn’t pass. It was real interesting that they did not call Jazzy for this tournament. I think it was one of those things where they were concerned probably about her neck and they didn’t want her going out there and being over.”

“Why else would they not call her? She is super over, she is wrestling now.”

WWE likes to have huge names and they don’t like to flaunt around what they can’t really have. Jazzy’s neck might still prevent her from a WWE deal which could be the reason why WWE won’t be bringing her back just yet.