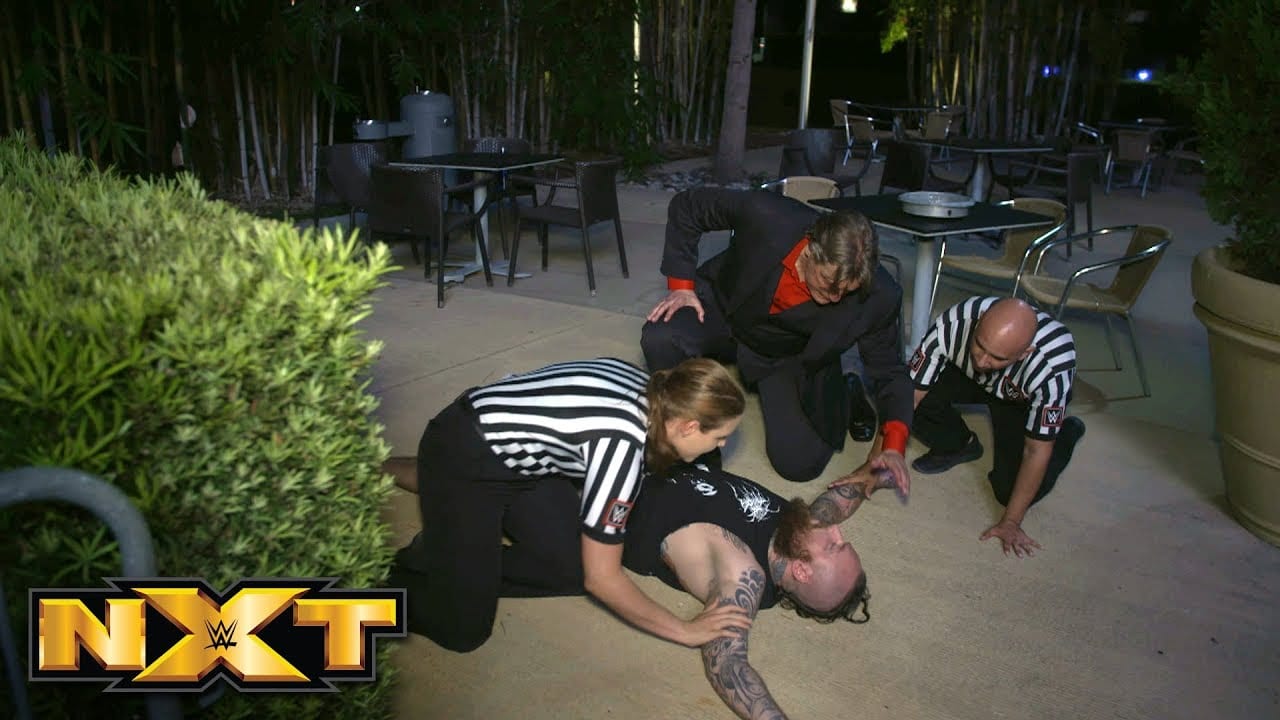 After tonight’s episode of NXT, WWE posted footage of Aleister Black unconscious in the parking lot. This was obviously done to write him off the upcoming NXT Takeover: Brooklyn event where he was set to be in the NXT Championship title match.

WWE did not say who attacked him but The Undisputed Era were seen leaving the area. Johnny Gargano was also spotted entering the backstage area and Heavy Machinery were seen taking photos. It’s very possible once he’s cleared to return to action that he will be feuding with any of the above names.

Footage from the incident can be seen below.