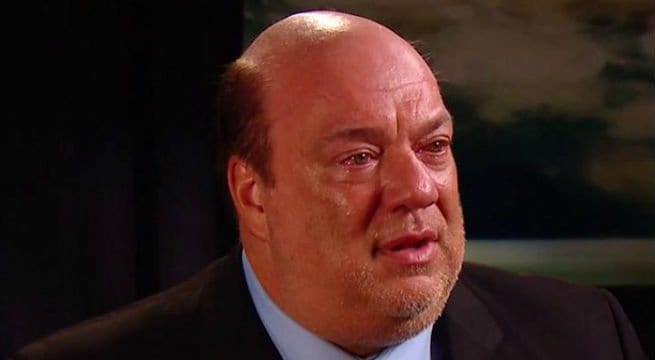 Paul Heyman cut a promo on Raw this week where he talked about how worried he was about Brock Lesnar’s SummerSlam match since The Beast Incarnate turned his back on Heyman last week. Brock hasn’t returned Heyman’s calls and Paul was noticeably worried.

Dave Meltzer said on Wrestling Observer Radio that Heyman not shaving was a length to go that pro wrestling writers rarely do. He said Heyman went above and beyond to present a haggard look where he was worried.

He didn’t look like he had slept and it went to pay off for the segment. When asked what will happen next, Lesnar said he saw no one who could replace Lesnar.

Meltzer suggested that Roman Reigns become Heyman’s next guy because it makes sense seeing how all the other top names on Raw are babyfaces, but only time will tell.