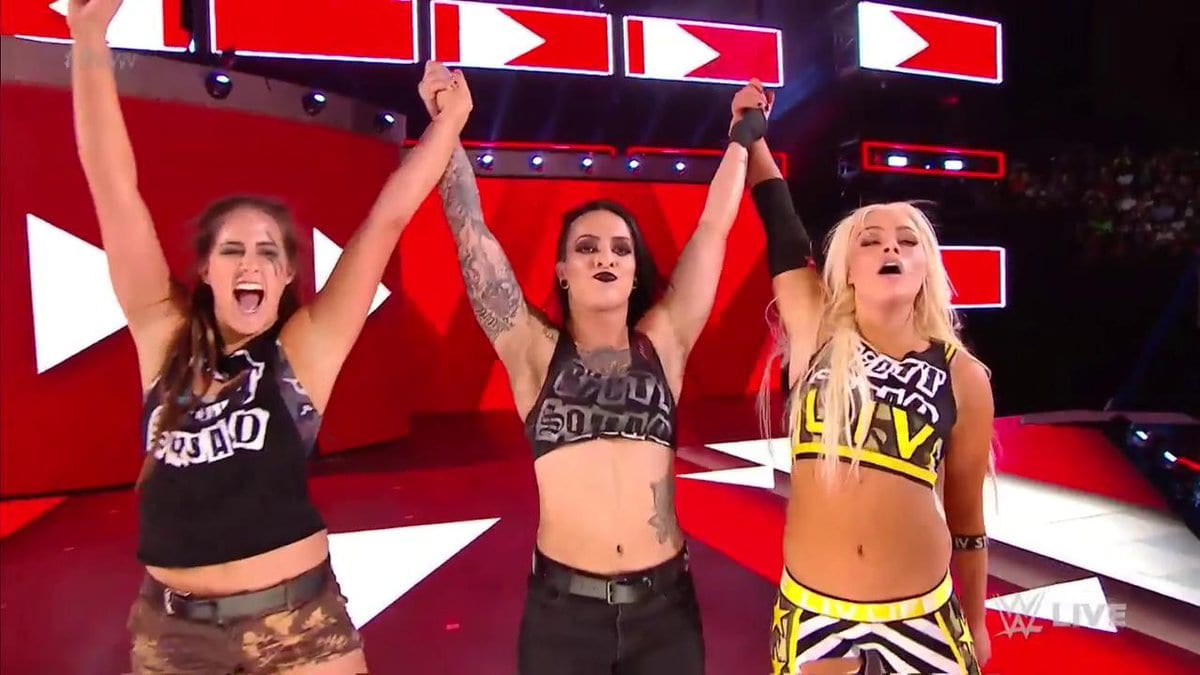 Ruby Riott suffered a sprained left MCL back on the June 29th show in Rapid City in an impromptu match against Dana Brooke.