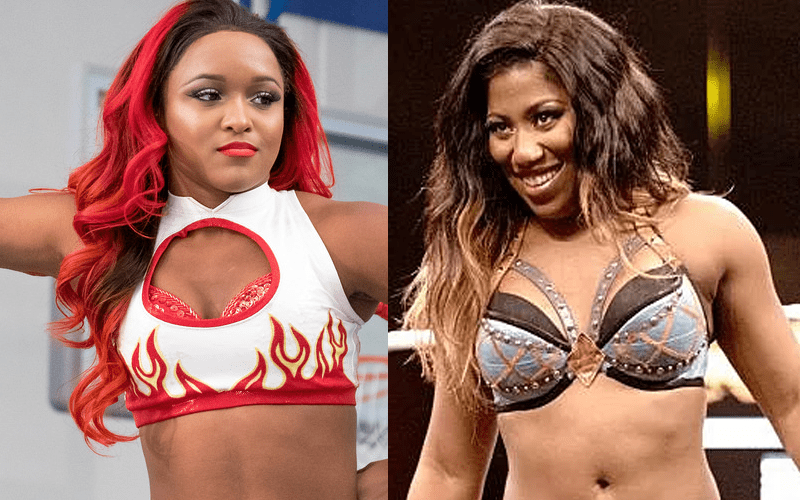 While speaking to Fightful, Impact Wrestling’s Kiera Hogan recalls seeing Ember Moon come out to her “Girl on Fire” gimmick that she originally started doing first at the Takeover event during WrestleMania weekend and was later accused by fans for stealing the gimmick.

“I know for a fact I’m the reason she did it. I try not to look at it in a negative way, but in the end it is negative, because it’s something that I did first. Something that I brought to my company first. She debuted it at NXT Takeover Mania weekend. I saw her come out and my heart literally dropped. I knew what was coming after that. I got tweets, DMs, saying ‘You’re the ripoff version, you’re the cheap version of Ember Moon.’ Because she’s taken something that I’ve worked so hard to make my own, now I’m the ripoff version. In retrospect, it’s like you stole something from me, and doesn’t acknowledge she did, but I worked so hard to get to where I am being the “girl on fire,” and now I’m the ripoff version of her. It hurts me, and all the work I put into this character. I’m not going to give up.”

Hogan also discussed the interactions she had with moon back at the 2015 tryout with WWE.

“I think the ‘Girl on Fire’ thing WWE probably gave to (Becky Lynch) but I bet Ember (pitched hers). She was at my tryout. I saw her sign her contract, she cried when she signed her contract. After the tryout she text me and said ‘I wanna help you get booked on shows,’ after that I’ve never spoken to her and that was almost four years ago. I know she got the inspiration from me. It doesn’t help that we’re two black females, so I’ll automatically get compared to her.”