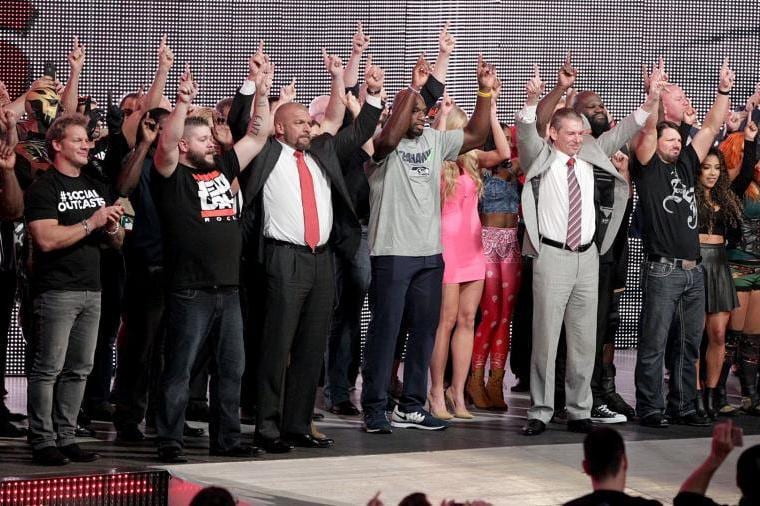 Lead singer of the Smashing Pumpkins and current owner of the National Wrestling Alliance (NWA) Billy Corgan recently sat down with Sirius XM’s Busted Open Radio for an interview. Among other things, the group pegged Corgan for his opinion on Roman Reigns, and the numerous attempts the WWE has made to push the Big Dog as its primary star. Corgan approached the topic from a different angle.

I like watching Roman Reigns, I mean I don’t get the heat on that,” Corgan said. “To me he’s a classic A-level — look at the guy. He looks good on a poster, I mean start there. It’s like five years ago all the heat was on Cena or whatever.

It’s that same kind of weird heat. Like we’re going to pick one guy that we’re gonna bang up on because he’s either too good looking or he’s… you know what I mean? I just don’t get that.

It’s mindboggling the level of talent that’s out there. My argument would be and maybe this is a better way to attack the question, I see a lot of wasted talent [in WWE]. Like, talent not being booked properly.

So that’s maybe the bigger argument and Roman is that maybe people are arguing that they’re not booking his talent, but you have to start by acknowledging that he’s a talent to complain about the way he’s being booked which is kind of weird. It was always the thing against Cena, right?

Corgan would decline to name any specific talent being wasted when Bully Ray asked him who he thought could be an asset to the NWA.