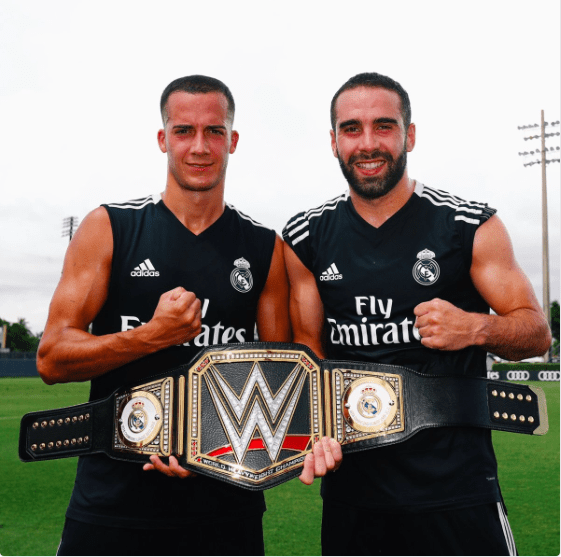 The Executive Vice President is all about his custom-plated WWE Championship belts, which he seasonally sends to professional sports teams when they win their league’s championship. This year he’s sent one to the Philadelphia Eagles, the Golden State Warriors, and now to the professional soccer club Real Madrid for winning their third consecutive champions title . Hunter took to Twitter to give a special shout-out to all the players on their monumental accomplishment.

After 3 consecutive @ChampionsLeague wins, it’s time for @realmadrid to celebrate like a @WWE Champion! #HalaMadrid pic.twitter.com/DDtmRqmA3z

The players responded with their new gift.