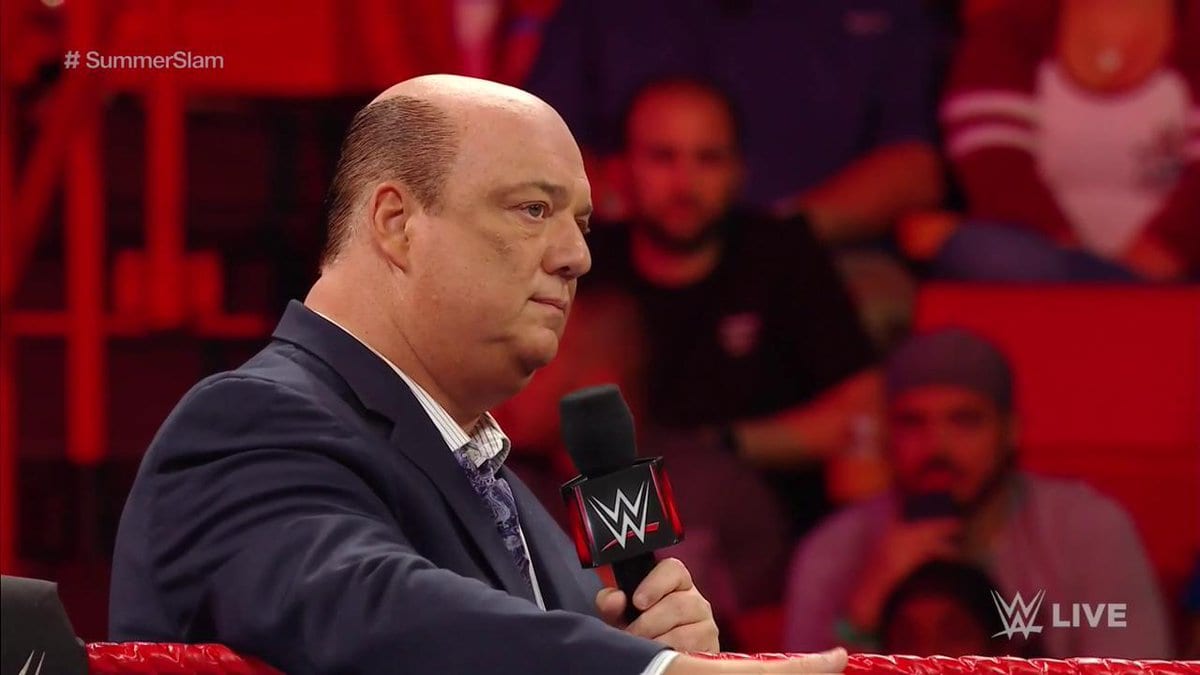 Paul Heyman couldn’t produce Brock Lesnar for Kurt Angle until it was too late. Angle said “Paul Heyman you are terminated from your contract,” which counts as a firing, and then Lesnar came out.

A lot of fans have wondered if Heyman was really fired on Raw since Angle did saw it and Lesnar didn’t leave on the best terms with him. But it turns out his job with WWE is still solid.

Dave Meltzer noted on Wrestling Observer Radio that Paul Heyman wasn’t fired and is booked to be at Raw on August 13th. That’s the go-home show for SummerSlam which Lesnar is also booked for.

So you can rest easy if you’re a fan of The Advocate, but you never know how WWE would use him if Lesnar took off after SummerSlam.