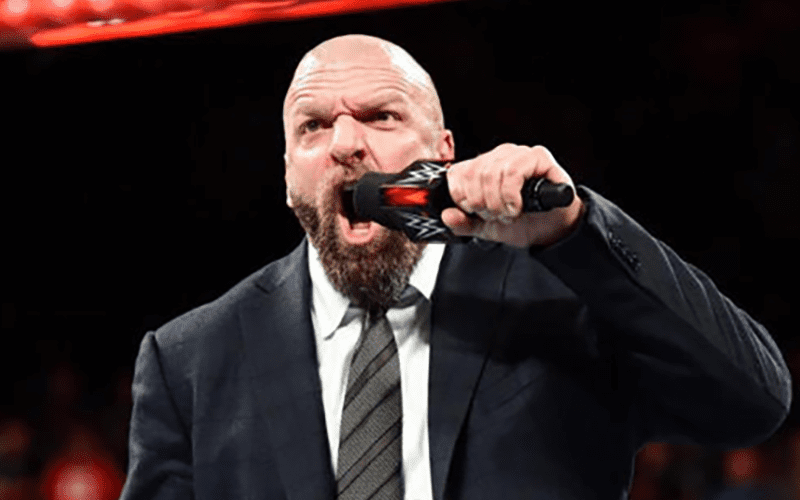 Former WWE Superstar Mark Jindrak took to his Twitter account to throw shots at “The Game” Triple H, in the process also fat-shaming the icon.

Jindrak competed for WCW between 2000 and 2001, before heading to WWE from 2001 through to 2005 before he was released from his contract on July 5 that year.

In a now-deleted tweet, Jindrak, who is the current CMLL World Heavyweight Champion commented on “Evolution.” The wrestler claims he moved on from talk of Evolution 15 years ago, but people still talk about it.

Jindrak goes on to claim Triple H doesn’t pass drug tests, adding the hashtag “#RuthlessFatAss” in what many have taken as a form of fat-shaming. He shared two photos showing Triple H’s physical appearance over the years.

The tweet is believed to be referencing the fact that Jindrak was originally supposed to fill the enforcer role for the group comprising of Ric Flair, Batista, Randy Orton and Triple H. However, Batista was the eventual replacement for Jindrak and no reason was ever really provided as to why. 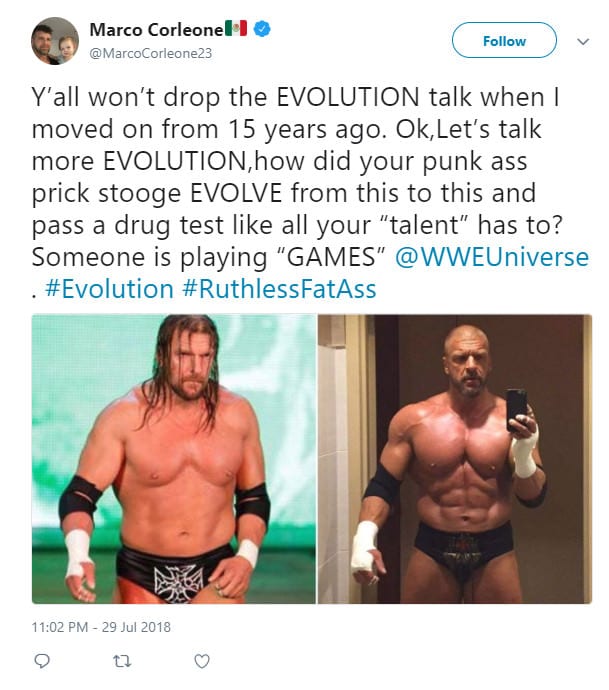 There is every chance that Jindrak is mistaking the talks of the all-women’s PPV WWE has planned for later this year with talk of the group that is Evolution.

Regardless, the internet always remembers when you do something, so Reddit user Shankism saved the tweet, which was showcased above.

Where do you stand on these comments? Do you believe Jindrak was mistaken in thinking people were referencing the group? Sound off in the comments below.