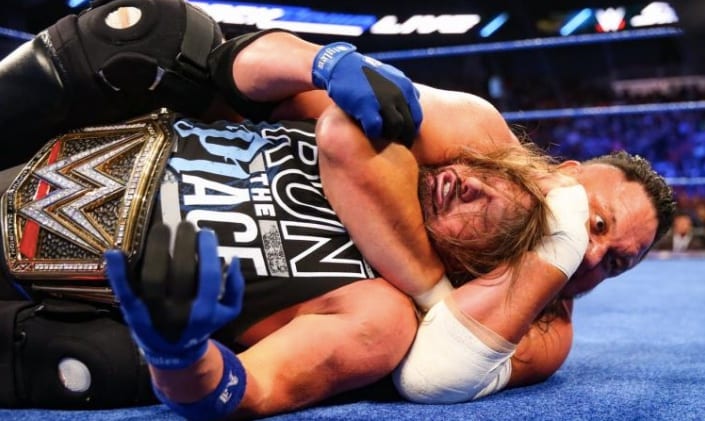 As reported by Sky Bet, the official betting odds for the WWE Championship match between AJ Styles & Samoa Joe at SummerSlam have been released.

WWE fans have been anticipating an eventual showdown between TNA originals Styles & Joe for months now, with the Samoan Submission Machine being pinpointed as a legitimate threat to The Phenomenal One’s legendary title reign. Now that it’s official, however, the WWE Universe can’t quite decide who they think is going to walk away with the most prestigious championship in professional wrestling.

When it comes to the bookmakers, though, the challenger Samoa Joe is a narrow favourite to leave Brooklyn as the new WWE champion with odds of 4/5. Styles isn’t too far behind at 10/11, but it’s still interesting to note that Joe is being tipped for the victory despite AJ holding the title for nearly nine months.

Styles has overcome a series of tests in recent months to hold onto the strap, with Shinsuke Nakamura & Rusev being his primary challengers since WrestleMania 34. Joe, on the other hand, is only really just starting to get a foothold over on SmackDown Live following months of uncertainty surrounding his injury and when he may return.

Joe is no stranger to a world title match on the big stage, though, and he was even involved in a similar scenario at last year’s SummerSlam – where he was unable to wrestle the Universal Championship away from the grasp of Brock Lesnar in a fatal-four-way match that also included Braun Strowman and Roman Reigns.

Styles, on the other hand, has experienced something of a promotion following last year’s event, where he was able to defeat Kevin Owens to retain his United States Championship.