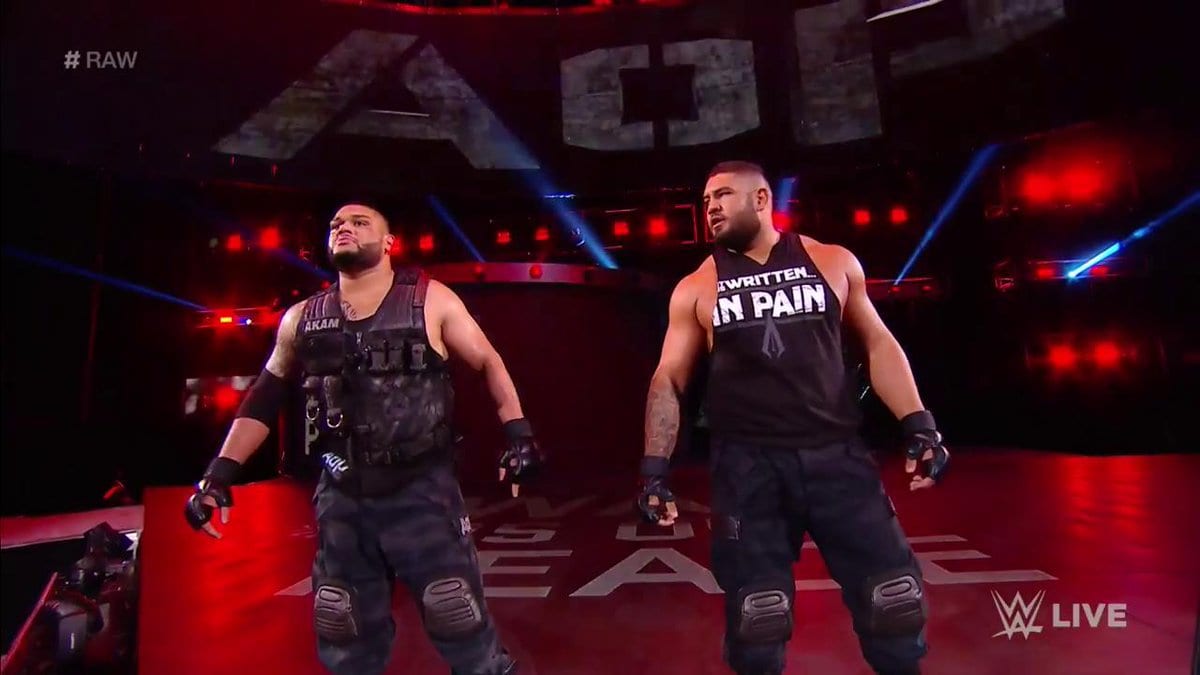 The Authors Of Pain have a lot of potential but the former NXT Tag Team Champions have the same possibility of any act that was really over in NXT but mistreated on the main roster.

We’re not saying this was a bad move, but AOP lost for the first time on Raw this week to Titus Worldwide. WWE likely wants to beat everyone eventually so they don’t get another undefeated streak going that they have to deal with, but this was certainly a quick loss.

It wasn’t a full-fledged tag team match, but Akam loss to Apollo Crews still had to sting.

Authors Of Pain have lost on the main roster since their call-up but it was at a house show in a multi-man match like a 6-man tag or something. So losing on a big stage like this is new to them.

Hopefully, they’ll be able to turn this into some cool to help elevate AOP because those guys are young and capable of doing big things.