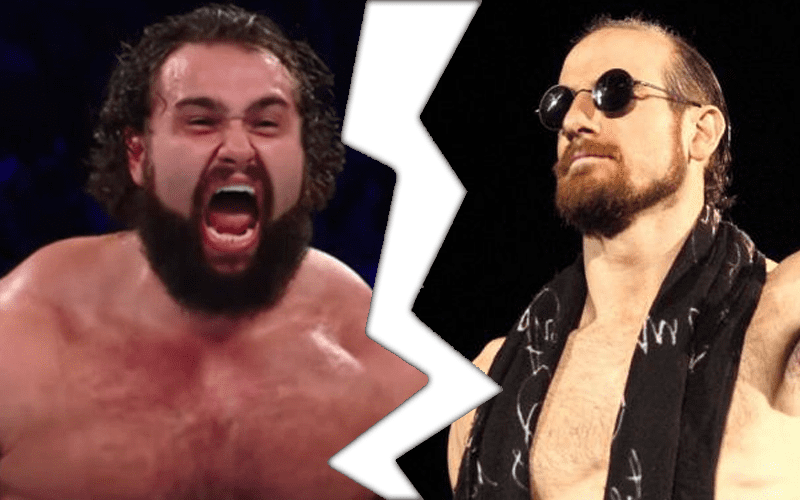 Dave Meltzer speculated on the latest installment of Wrestling Observer Radio that WWE could be planning to eventually split the pairing of Rusev & Aiden English as part of the storyline on SmackDown Live.

Meltzer discussed Rusev’s new feud against Andrade “Cien” Almas that now has Lana & Zelina Vega involved, which should better Lana in the long run because she wasn’t really doing much.

“I like the idea of the Rusev and Andrade “Cien” Almas program. I think it gets Lana in a situation where she can be a lot more successful than the situation which she’s been in where she’s kinda like wasting her time. It gives Zelina Vega an opponent and I was thinking they were wasting them. No I think that they’re in a good position. I like that feud.”

Meltzer indicated the story would likely end with English being removed from the Rusev & Lana pairing.

“There is that secondary thing where English and Rusev are having their problems, which is too bad for Aiden English because it aint going to end well for him I don’t think.”