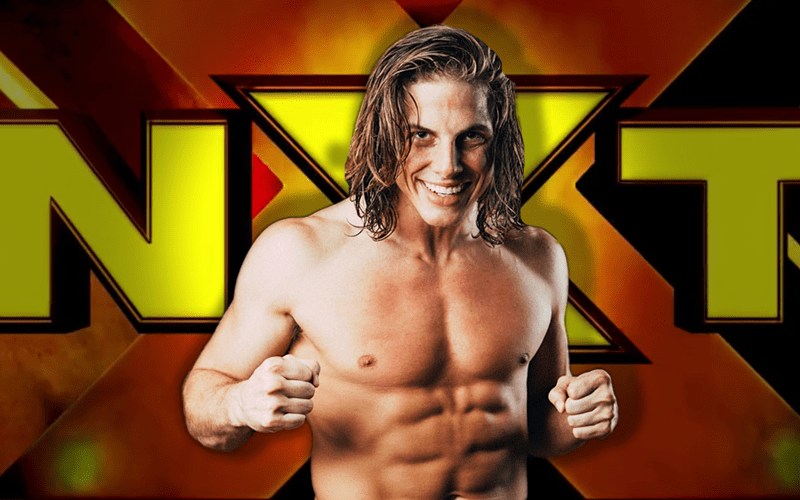 Independent wrestler Matt Riddle has been one of the major talking discussions over the past week as rumors started to surface in regards to a possible WWE contract- as our own sources have told us he has signed with the company.

Riddle was the latest guest on Sean ‘X-Pac’ Waltman’s X-Pac12360 Podcast, where the EVOLVE Champion had the chance to clarify a few topics related to his status within the industry- naming several opponents he wishes to face in WWE.

Riddle had the opportunity to work with James Ellsworth at a show. The wrestler explains how nervous and afraid Ellsworth had been to face him before they went out there and had a good match.

“The one that sticks out to me the most and he was terrified, he was like ‘you’re so good though’ and this and that and I’m like, ‘Bro, relax. It’s like a 5 minute match and we’re gonna kill it, it’s gonna be easy.’ And this person was James Ellsworth. He was terrified. I’ll be honest, I had a lot of people tell me just to kick the s–t out of him… and I’m like ‘I’m not that kinda person. And James Ellsworth can’t really defend himself against me, I don’t like that.’ But we were talking about the match and he was just shaking and nervous for it. I don’t know if he thought I was gonna turn it up on him or what. It ended up being a good match. He thanked me for the match and said it was a great experience and ‘thank you for not killing me.'”

In regards to his status as one of the hottest wrestlers in wrestling not confirmed to be with WWE, Riddle explained what a glorious situation he has found himself in.

“I am in a really good position right now. I work with Evolve on a regular basis and they have a great relationship with WWE and other companies as well. Zack Saber Jr. worked with us, New Japan… I’ve been fortunate enough to travel the world and wrestle guys from New Japan, Ring of Honor, especially Progress and still wrestling WWE guys. I’m in a really good spot.

“The last couple of years you (Waltman) helped me out a lot too, but you know how granted they took issues with my past. I was kinda stuck, but from what I’ve gathered, what I’ve heard from everybody, is at the point where they all want me and they’re all willing to work with me. I think they’re all big fans of Matt Riddle. And I think it’s my time to make the right decision, do it and let’s see what happens.”

With all the recent evidence pointing towards a possible trip down to NXT, Riddle was asked by Waltman to comment on who he wants to face in the developmental brand for WWE.

“I had one match with Roderick Strong, which was great and I’d love to do something like that again. I’ve wrestled Kyle O’ Reilly all around the world from Ireland to the U.S to everywhere, I’d love to do that again. Adam Cole the same. Aleister Black, I wrestled him only once and we didn’t call anything and it was one of my fave matches I’ve had and I’d like to do that again. Tommaso Ciampa, Ricochet… the list goes on. Endless possibilities for great matches.”

Who would you like to see Riddle face? Are you a fan of the EVOLVE Champion? Sound off in the comments below.