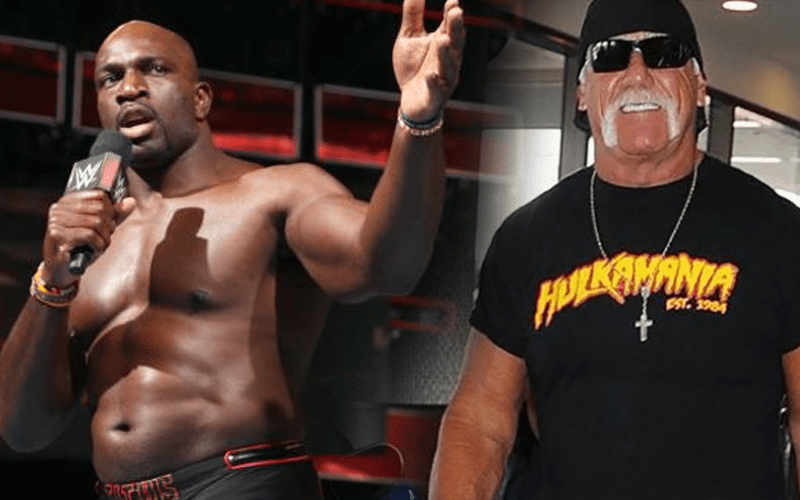 Hulk Hogan showed up backstage at Extreme Rules and he issued an apology to the WWE locker room for what he said. He dropped some racial slurs that were recorded while saying he was racist to a certain extent.

This obviously rubbed plenty of people the wrong way. Although some people have accepted Hogan’s apology, Titus O’Neil isn’t buying it. He appeared on Busted Open Radio where he discussed Hogan’s words for the locker room.

“You know I think I pretty much summed up everything in my statement on Twitter and Instagram that statement was circulated in media outlets. It the end of the day, the company made a decision. I support the decision. I actually support having one fo the most iconic figures in WWE History in Hulk Hogan being in the WWE Hall Of Fame.”

“What I don’t support is the apology that was given in regards to the words and the things, the actions he exhibited years ago. To me when you have true remorse when you feel sorry for doing something it’s pretty simple. You don’t have to be prepped to say certain things.”

“I just feel the inconsistency from the time that it came out to last week were so across the board that you know it’s just like sitting there it was uncomfortable for me because I wanted to give the character Hulk Hogan a chance.”

Titus said he wanted to give the man behind the scene a chance as well. But from a personal standpoint, he said that Hogan let a lot of people down with the words he said in that recording. He said this goes for generations of people he’s trying to make amends to. Only time will tell how much more involvement Hogan will have with WWE, but Titus disagreed with the idea that it was a 50/50 split of people accepting and rejecting Hogan’s apology.