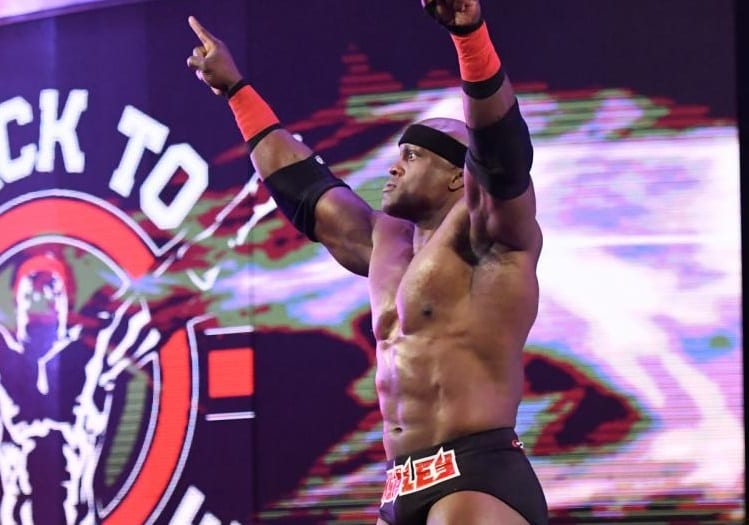 As SummerSlam gets slowly put together, Bobby Lashley is still without a story. He lost to Roman Reigns on Raw so he’s out of the main event against Brock Lesnar and that’s all we know about so far for Lashley which is kind of frustrating. He did just come off a win from Reigns at Extreme Rules and he is supposed to be a bigger deal this time around. Then again WWE has the money to hold anyone and keep them around to use however they want at this point.

Dave Meltzer speculated on Wrestling Observer Radio that WWE might not have anything for Lashley at this point.

“I have no idea. Hopefully it’s not Sami Zayn I know he’s had the shoulder surgery. Yeah he may not have a match. Not everybody gets a match these days.”

With SummerSlam being so long it’s highly unlikely he won’t be performing in some way. But it looks like Bobby Lashley needs to figure out something to do quickly or WWE is going to put on SummerSlam without him in a highlight position.