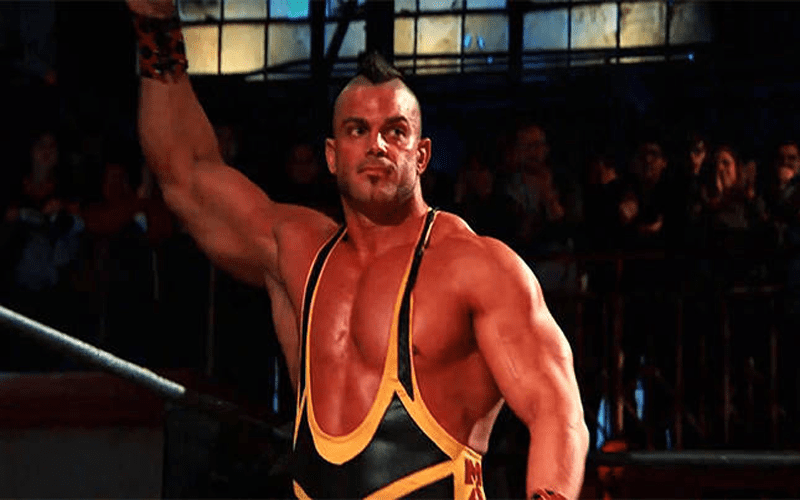 Impact Wrestling star Brian Cage made his wrestling debut back in WWE’s Florida Championship Wrestling (FCW) promotion before NXT sought to replace it. Now a huge name on the independent scene, Cage has distanced himself from his past with WWE as he was released from the company before ever doing anything too notable.

Ahead of his X Division Championship match against Matt Sydal at Slammiversary this weekend, Cage had the opportunity to sit down with The Roman Show to discuss a number of topics. While on the show, Cage talked about making his FCW debut in 2008 and what would subsequently happen in the company.

Cage first explained Dusty Rhodes pulling him to the side to explain why he needed a character change.

“I am out there having awesome matches with Justin Gabriel, Tyson Kidd, Trent Barreta, and Dusty Rhodes pulls me to the office and goes, ‘Let me tell you something baby. You are a phenomenal worker. You got to have something else. You can’t be that. Hey Matt, what’s that guy called the Honey Badger The Wolverine yeah. But you can’t be the ‘Wolverine’ because that’s a trademark, so give me something else.'”

Cage would become Kris Logan. Alongside Justin Gabriel- who at the time went by Justin Angel, Cage would be FCW Tag Team Champion. Soon enough, Cage would be groomed for the main roster. He revealed to The Roman Show what WWE originally had planned for him before his release.

“I went back, and I was looking through my trading cards and comics, and I said, ‘I’ll be like the Dark Claw which is Batman and Wolverine. I made my attire off that, and they were going to bring me up, and then Hurricane came up and Dusty said, ‘OK, we are thinking of feuding or teaming you with Hurricane.’ So I started doing a bunch of heel promos but I got released.”

Finally, Cage plans on calling the X Division Championship something different if he defeats Sydal at Slammiversary.

“He will lose the title, and I’ll change it to the Weapon X Division title. It’s a play on Wolverine, and I’ll remain supreme until I move over to another title.”

Were you aware Cage was ever in WWE? Do you expect him to win the title? Sound off in the comments below.