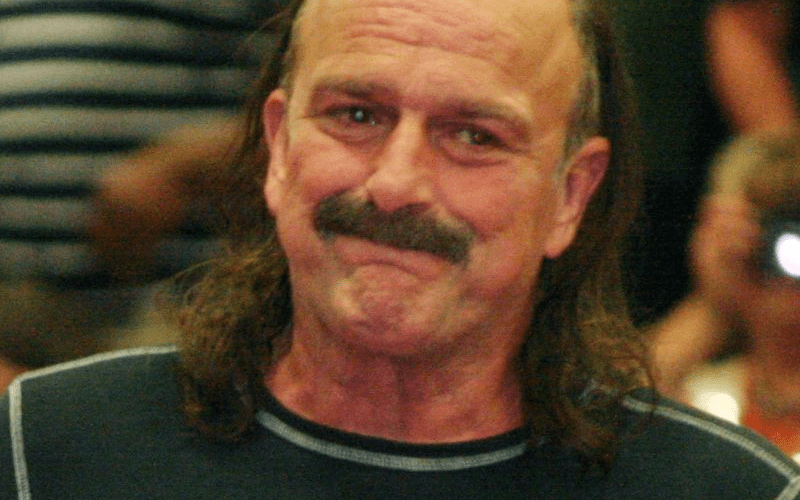 WWE Hall of Famer Jake ‘The Snake’ Roberts is legendary in the professional wrestling business. While he never captured a Championship during his time in WWE, he was an extremely notable name in the company.

Roberts was interviewed by Justin Barrasso over at Sports Illustrated, where the legendary wrestler discussed his problems with the current state of wrestling and his brief feud with Hulk Hogan back in 1986.

Roberts first described how a lack of originality in matches today can be very boring to him.

“That’s what I don’t get about the young talent today,. So many matches are the same. Don’t they get bored? It’s ridiculous what they waste, and they don’t even know they’re wasting it. I blame that on the new way of wrestling; if you come up now, you can be in the main event within a year. In my day, you had to learn. We had the territories that forced us to constantly grow and change.

On that same idea, Roberts explained how effectiveness is more important than a number when it comes to moves within a match.

“I had six moves. I knew when to do them and I did them absolutely perfectly, and people believed them. Teaching this class, I’m going to make people think differently. The truth is in what you’ve done and where you’ve been, and there are not many people who have done more than I have.”

Finally, Roberts gave an insight into his feud with Hogan back in 1986:

“Vince had spent millions and millions of dollars to make this animal and have all this product ready to sell on Hogan. They weren’t going to waste money. So when the people started cheering me over Hogan, they said, ‘Oh hell no, we can’t have that.’ They turned me babyface and started beating me every night, and that didn’t matter to me because winning and losing doesn’t mean a damn thing. It’s a damn phony business, for crying out loud. You’ve got to entice the people and get over with your character. If this all depends on wins and losses, then only the Samoans will be left because they’ll beat everyone and everybody else will quit the business.”

Do you agree with Roberts’ points? What changes should be made? Sound off in the comments below.