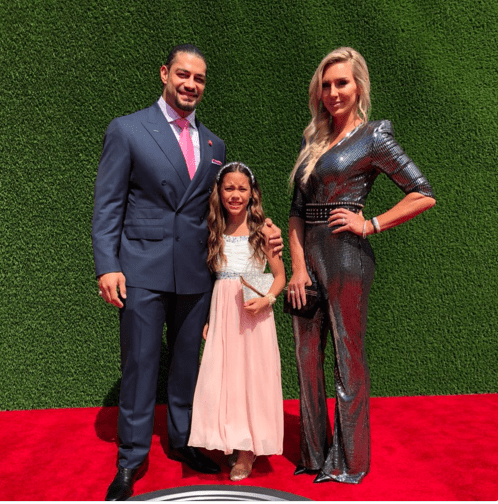 The Big Dog Roman Reigns and the Nature Girl Charlotte Flair were in attendance on behalf of WWE for ESPN’s (broadcast on ABC) annual ESPY award ceremony. Every year the ceremony celebrates the year’s best achievements in sports in both the professional and collegiate circuits. Charlotte even had the honor of presenting the award for best college athlete.

Having a blast at the @ESPYS and was honored to be able to present best college athlete 💫 THANK YOU @espn WOOO! pic.twitter.com/XpN8SZSYEy

The former SmackDown women’s champion was also awarded the Cut’s Top 10 hottest red carpet looks. Can you blame them?

Also in attendance were the Ravishing Russian Lana and Mickie James!

Also here’s the future Universal Champion with his daugther. <3