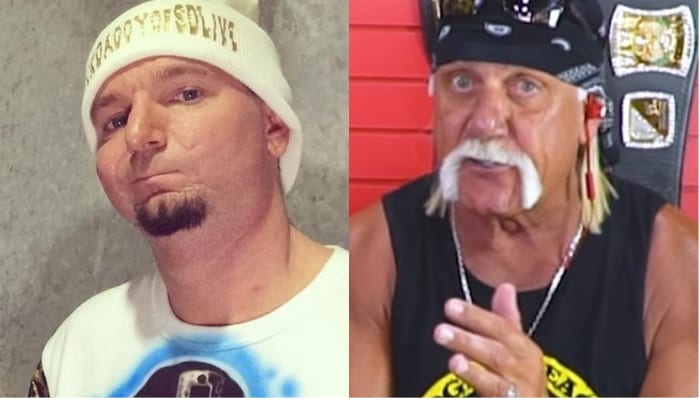 James Ellsworth recently addressed Hulk Hogan’s WWE return on his DuhCast. Ellsworth reads Ringside News, so you should check out his podcast.

Ellsworth discussed the meeting that took place before Extreme Rules on Sunday. He said Triple H spoke to everyone first. James said he has a lot of respect for Triple H and how he addressed the issue. Wrestlers need to watch themselves on social media. Not just their own social media but the fact they could appear on someone else’s social media if they were out in public.

Ellsworth told a story about having to approach someone last week at an iHop while he was having a meal with other wrestlers and he had to walk up and ask them if they were recording them and say that’s not cool. He said they have to be 100% PG at all times in public and Ellsworth said he agrees with everything Triple H said.

Hogan apologized for what he said and said he didn’t know he was being recorded. Ellsworth said people were pretty much accepting of his apology as well. Ellsworth said he believes Hogan was sincere about apologizing as well saying he wouldn’t address the topic if he wasn’t that sure of it.