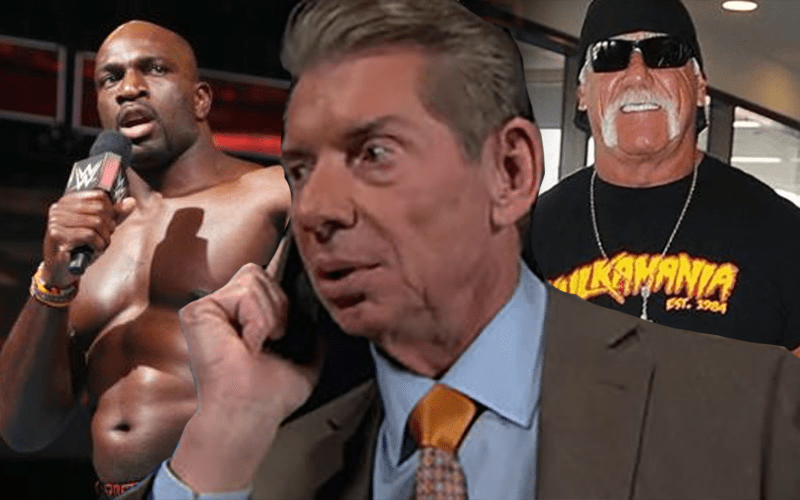 It was reported this past Monday by Bryan Alvarez of F4WOnline, Mike Johnson of PWInsider and Ryan Satin of Pro Wrestling Sheet that sources have indicated to them that WWE recorded footage of Hulk Hogan speaking to the WWE locker room at Extreme Rules this past Sunday.

It now appears that WWE may be trying to cover up these reports. Ryan Satin reports that WWE reached out to him and denied any claims that they recorded The Hulkster speaking to talents backstage at Extreme Rules.

“WWE confirmed to us this evening that the meeting was not filmed.”

What’s most interesting about WWE’s statement to Pro Wrestling Sheet is the fact that three individual sources plus a source we reached out to all claim that the meeting was filmed but WWE is saying differently? The only thing we can think of is that they are trying to cover up the Titus O’Neil incident.

In case you missed it, we reported earlier today that there was an incident backstage at Extreme Rules with Titus O’Neil and Hulk Hogan at the arena. Titus apparently was surprised and not happy when he found out that Hogan was backstage at the event. Titus ended up throwing a fit and storming off when Hogan went to embrace him to try to shake his hand.

WWE may have had previous plans for the footage of the meeting but after the Titus incident it’s very likely that there was a change of plans and are now attempting to bury the story.