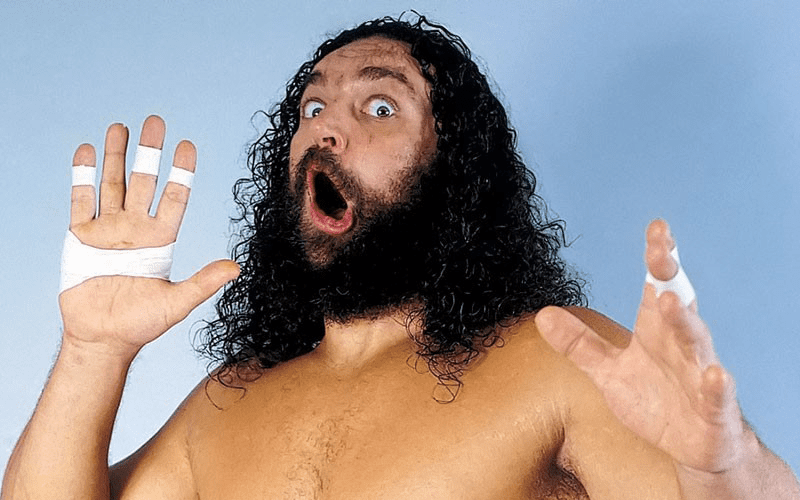 Today marks 30 years since the death of Frank Donald Goodish, known to wrestling fans as Bruiser Brody. In what has become a famous case within the wrestling industry, Brody was murdered whilst in a Puerto Rican locker room. Tony Atlas, who was there with Brody at the time, has opened up about the murder.

Atlas was present during the entire incident, explaining to Hannibal TV the events leading up to Brody’s death and the subsequent reaction from the locker room following what was a crisis situation.

From what we understand, Jose Gonzalez, who played the masked Invader 1, was the booker for the territory at that time. Gonzalez reportedly stabbed Brody in the shower after calling him in for a chat.

According to Atlas, Brody was actually waiting for Gonzalez to give him a ride to the show they were scheduled for that day. However, it was Atlas himself who persuaded Brody to ride with him instead. Atlas recalled sitting in the babyface locker room, with Brody watching him as he finished up a sketch of Mark and Jay Youngblood, also requesting if Atlas could draw a picture of his son. Atlas remembers agreeing to do so, free of charge.

As the two were conversing about art, Atlas claims Gonzalez walked up to them, asking Brody if he could speak with him. Atlas also noted that Gonzalez had a towel wrapped around his hand, but this wasn’t uncommon for a wrestler to do so he didn’t think too much about it.

“So when he bent over Jose lifted the knife in the air and I saw the knife and the blood dripping off it. So I jump up and grab Brody and pull him away — the knife came down and cut Brody’s ponytail off. That’s how sharp the knife was.”

Brody had his guard down, not aware anything was wrong.

“He had no idea, he didn’t even put his bag down. He had his wrestling bag and he just carried a little pouch with his money and everything in it and he was looking at me drawing. It was the last thing on his mind. Then he reached into his pouch to get a picture of his son. He reached to give the picture to me and I reached to get the picture and before I could do that Jose said, ‘can I talk to you?’ Brody turned so I never got the picture. He walked into the shower with his pouch in one hand and a picture of his son in the other hand.”

Atlas says Brody kept the picture of his son in his hand throughout his surgeries. During the incident itself, Atlas claims Carlos Colon ran past him in the locker room, shoving Gonzalez against the wall to tell him “no,” but it was already too late. According to Atlas, Brody looked up at him and said, “Brother, I’m hurt. Don’t let them hurt me anymore.”

It reportedly took the ambulance forty-five minutes to arrive due to congested traffic brought upon by the wrestling show. While everyone else seemed to be getting ready for the show as if nothing happened, emergency workers had to have Atlas volunteer to help lift Brody due to his weight and carry him into the ambulance.

The doctors told Atlas a stabbing in Puerto Rico isn’t a big deal, until they realized how badly Brody was cut. The wrestler had been stabbed through both his liver and intestines. While the doctors managed to fix his intestines, Atlas was told Brody would be alright while they were still working on his liver. In fact, he was told to leave the hospital as he was reportedly scaring staff with his behavior.

“When I came back to the dressing room the blood hadn’t dried on the floor yet. I hear laughing and joking and everybody’s bragging about their match.”

As referenced above, this incident occurred when babyfaces and heels dressed and spent time in separate parts of the building. Atlas told the heel locker room about the incident through The Iron Sheik during their match that night. According to the Superstar, they ended their match prematurely after Sheik had learned what happened.

Atlas was reportedly told by Savio Vega that he needed to leave Puerto Rico because he had been talking to people about what happened. To this day he believes there were plans set in place to have him murdered too after he didn’t stay quiet.

Brody would ultimately pass away. While the case of his murder went to caught, Gonzalez was not found guilty as it was ruled he acted in self-defense. Atlas revealed he didn’t receive a subpoena to appear in the trial until after the verdict was delivered.

It is incredibly sad to hear what had happened.

What are your thoughts on this case? Were you already aware of this? Sound off in the comments below.