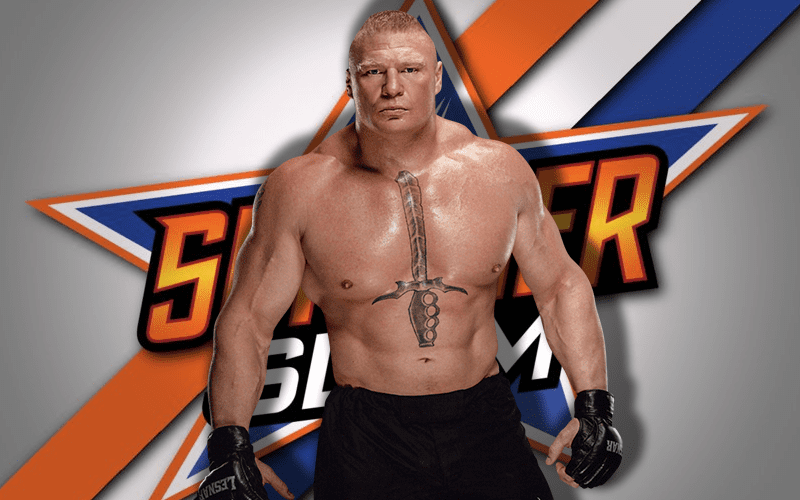 We haven’t seen Brock Lesnar perform in a WWE ring since The Greatest Royal Rumble in Saudi Arabia. Now it looks like SummerSlam is a lock for Lesnar even though we have no idea who he’s facing yet.

The Barclays Center confirmed that Lesnar will be appearing on the Raw following SummerSlam. This is a very interesting announcement considering the fact that Lesnar is a hair away from getting his Universal Title taken from him if he doesn’t show up.

This new development certainly makes it hard to think that Lesnar just won’t show up because it’s his choice. Therefore, this could be Brock Lesnar’s last WWE appearance for a very long time as he’s set to jump back into the UFC training schedule soon for an upcoming fight against Daniel Cormier.

You can check out the official announcement from the Barclays Center below advertising Lesnar for the August 20th show.