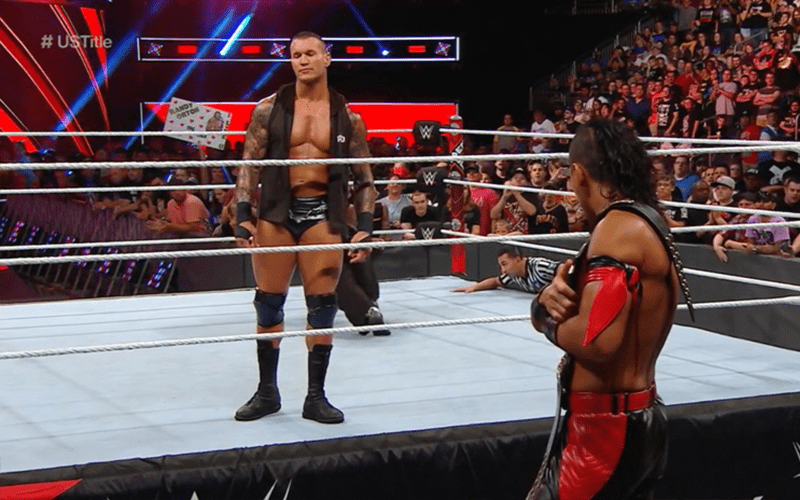 Randy Orton returned at tonight’s WWE Extreme Rules out of being out of action recovering from an injury.

Orton came out after Nakamura defeated Jeff Hardy in about five seconds to capture the United States Championship title. Orton had a staredown with Nakamura before he turned his attention to Jeff Hardy and attacked him and walked off. This was an obvious heel turn.

Below is footage of the incident.