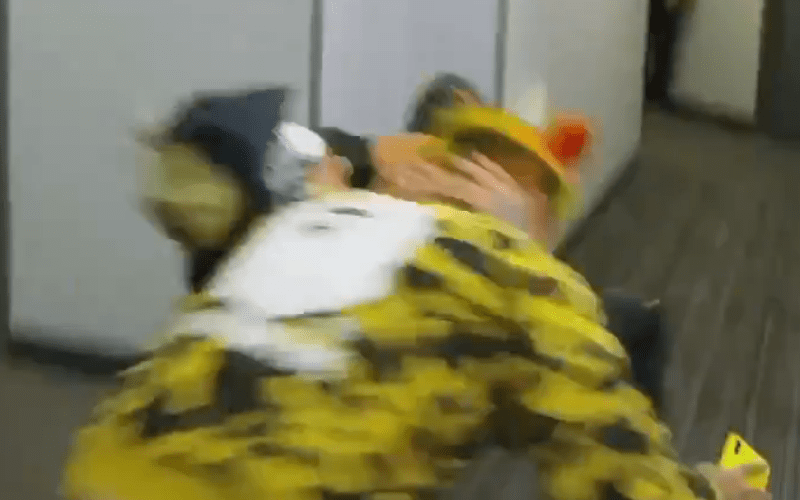 Enzo Amore has some really cool friends. He was recently spotted hanging out with Post Malone and then The Undertaker chokeslammed him at a concert a few weeks later.

Maybe Taker will be after 6ix9ine next because Amore recently had a run-in with the rapper as well. This was obviously a skit, but it was certainly entertaining. The rapper no-sold Amore and said he wasn’t taking pictures or autographs because apparently, he didn’t recognize Real1.

This caused Amore to leap up and deliver an RKO on the rapper in the middle of the hallway. It looked like a pretty hard place to take a bump but everyone was okay.

It just goes to show you never know where Enzo will pop up next or who he will be hanging out with. But he certainly still has some famous friends.