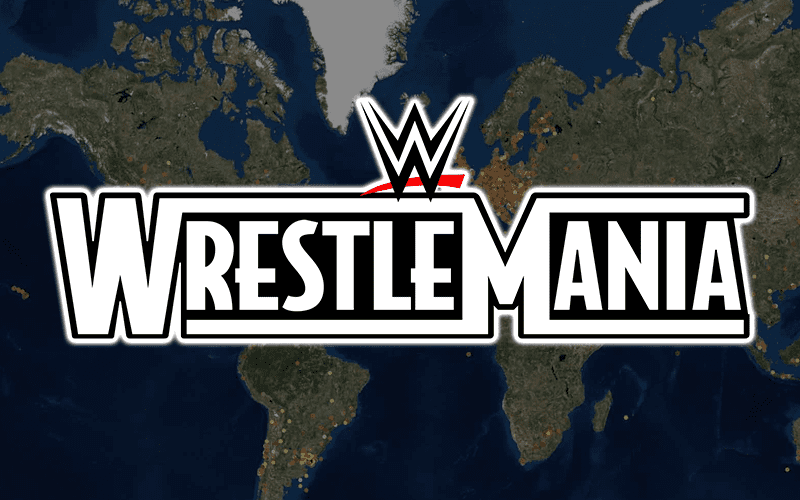 WrestleMania could be much bigger in the next couple of years.

Joseph Peisich of Barn Burner reported on the latest installment of the No Holds Barred Wrestling Show that WWE is planning on holding two WrestleMania events in 2020. The idea is to have one show in the United States and another show somewhere outside of the United States, similar to how they did the Greatest Royal Rumble event earlier this year.

WWE is looking to have two WrestleManias for 2020. One will be called WrestleMania but another will be like we had The Greatest Royal Rumble. I don’t know if it will be the “Greatest WrestleMania” or just “Mania'” or something like that.

In 2020, that’s when already you will be on FOX for six months or whatever. That’s when you’ll have two WrestleManias. One in North America and one all over the world. Could be Canada, could be Saudi Arabia, could be Australia. They’re already having an event in Australia. It could be in London. They want to have one in April and one in October beginning in 2020.