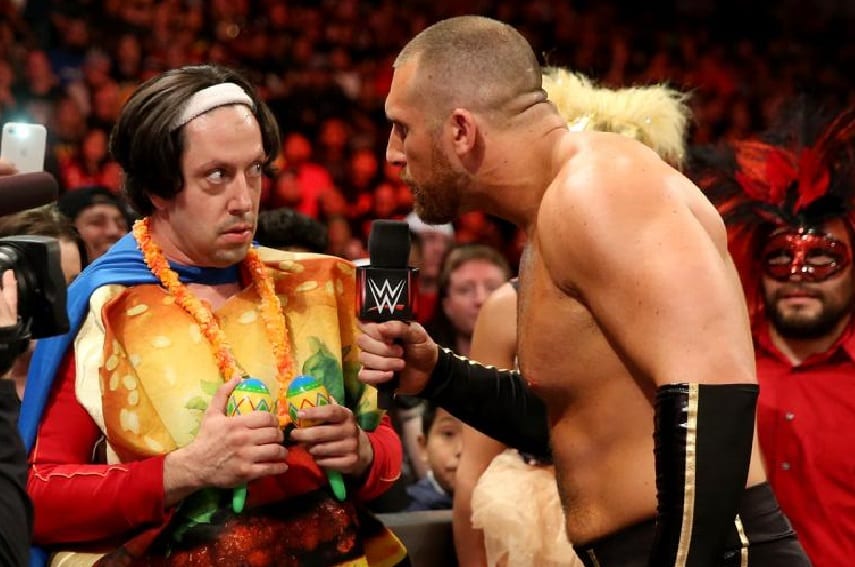 Mojo Rawley is no longer a Hype Bro but even with a new aggression, he’s not done much. It looks like he could be gearing up for something and it’s a long time coming.

If anything, WWE needs to keep Mojo around because he’s the link to possibly booking Gronk down the line after he’s done being an NFL star. Dave Meltzer noted on Wrestling Observer Radio how if WWE is going to do something with Mojo, then they need to do it now

We might see a push for Mojo coming up. He’s one of their favorite people to send out for charity functions lately and he even went over to Saudi Arabia for a week before the Greatest Royal Rumble. But let’s see if they do something more with him on television.