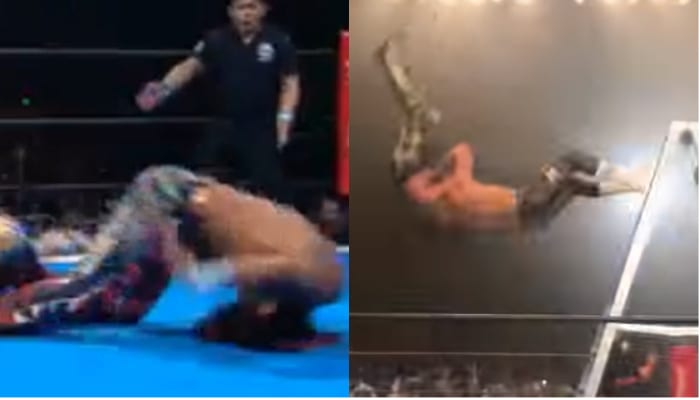 NJPW’s G1 Special In San Francisco was a loaded show but there seemed to be a ton of risk too. Takahashi broke his neck, Cody Rhodes needs to take time off wrestling to heal after his main event match, and Jim Ross possibly broke a rib when a spot pulled him into the action.

Dave Meltzer addressed some of the danger during Wrestling Observer Radio he didn’t point a finger at any one thing because there were also a ton of unnecessary spots on the ring apron that plenty of guys did as well. But something might need to be addressed in NJPW sooner or later.

The danger-level shouldn’t be all that matters when putting on a good match. NJPW guys are fantastic entertainers and capable of a lot of things. But the Cow Palace show really seemed to be a little extra.