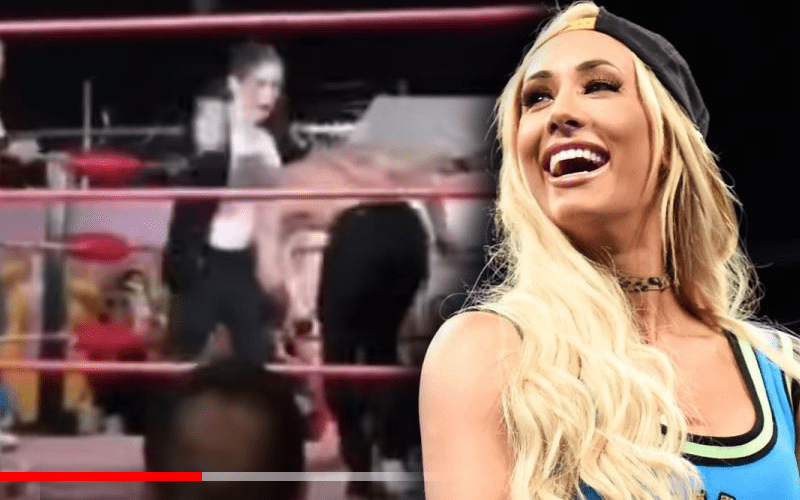 Over the weekend there was footage of an independent wrestler dressed up as Michael Jackson hitting a DDT after a moonwalk. The clip has gone viral and several fans have tagged Carmella in the clip and asking her if she seen it.

Carmella admits to seeing the video and claimed that she can do the move better than the indie wrestler.

Yes, I have seen the moonwalk DDT. No need to keep tagging me in it. And if you’re wondering, I can do it better. So, stay tuned. 😉

In case you haven’t seen it, you can check it out below.