While it has not been officially announced by the WWE, Microsoft’s website is listing Ronda Rousey as a special WWE 2K19 pre-order character.

He’s the “Master of the 619”. She’s the “Baddest Woman on the Planet”. Pre-order WWE 2K19 to play as both Rey Mysterio and “Rowdy” Ronda Rousey. Never Say Never. 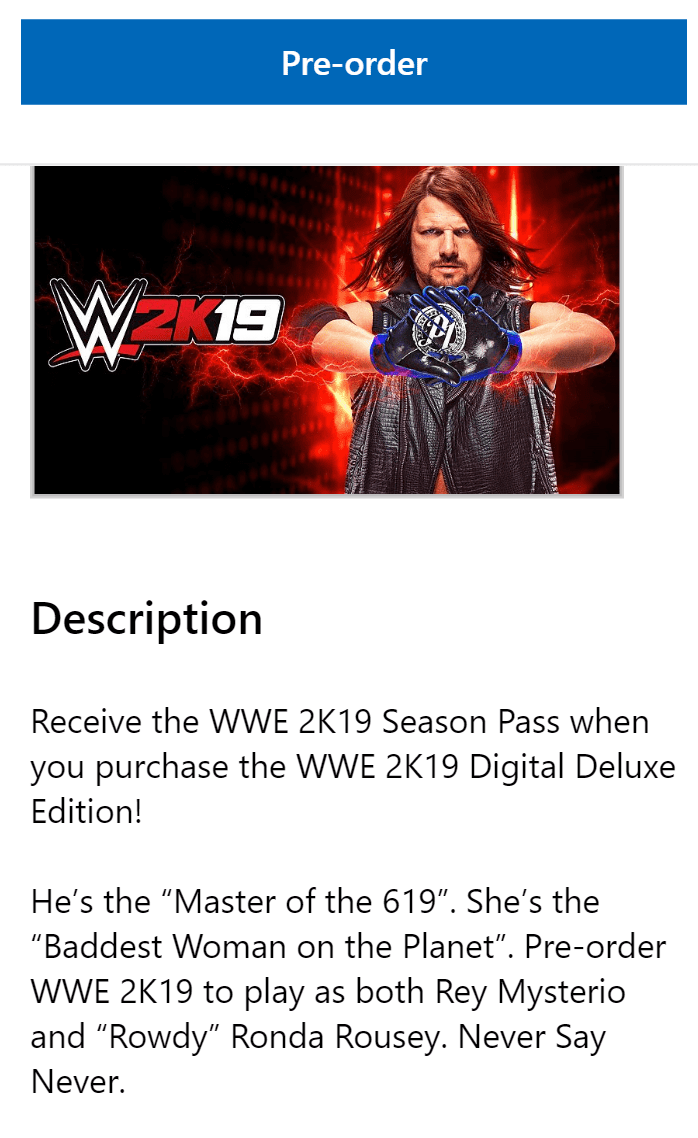