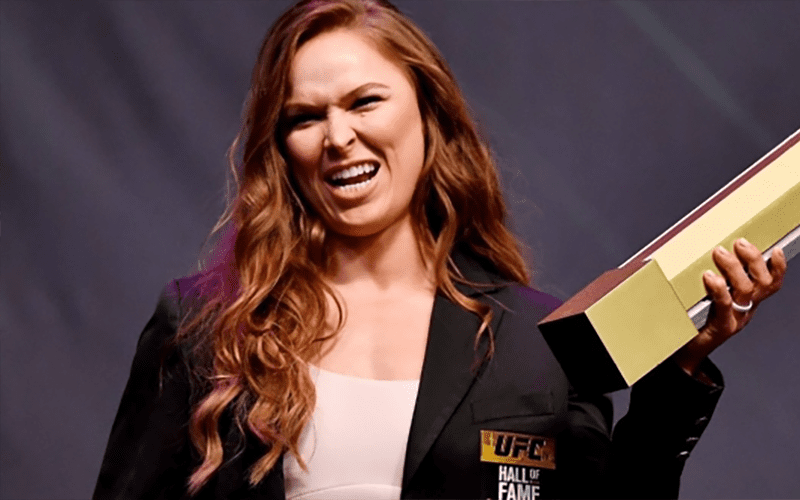 Rousey took to her Instagram to talk about this huge achievement. Rousey showed gratitude to the ones who have been there for her throughout her MMA career and helped her change the world.

She posted a photo where she poses with the prestigious UFC  Hall of Fame trophy.

“I had so many more to thank than I could have used the time I had the stage for. Everyone I know personally, I can thank in person … last night was for YOU. Thank YOU for watching and letting the adventures of this Venetian judoka with a bad reputation change the world??❤️”

What did you think about this historic feat achieved by Ronda Rousey? Let us know in the comments below…