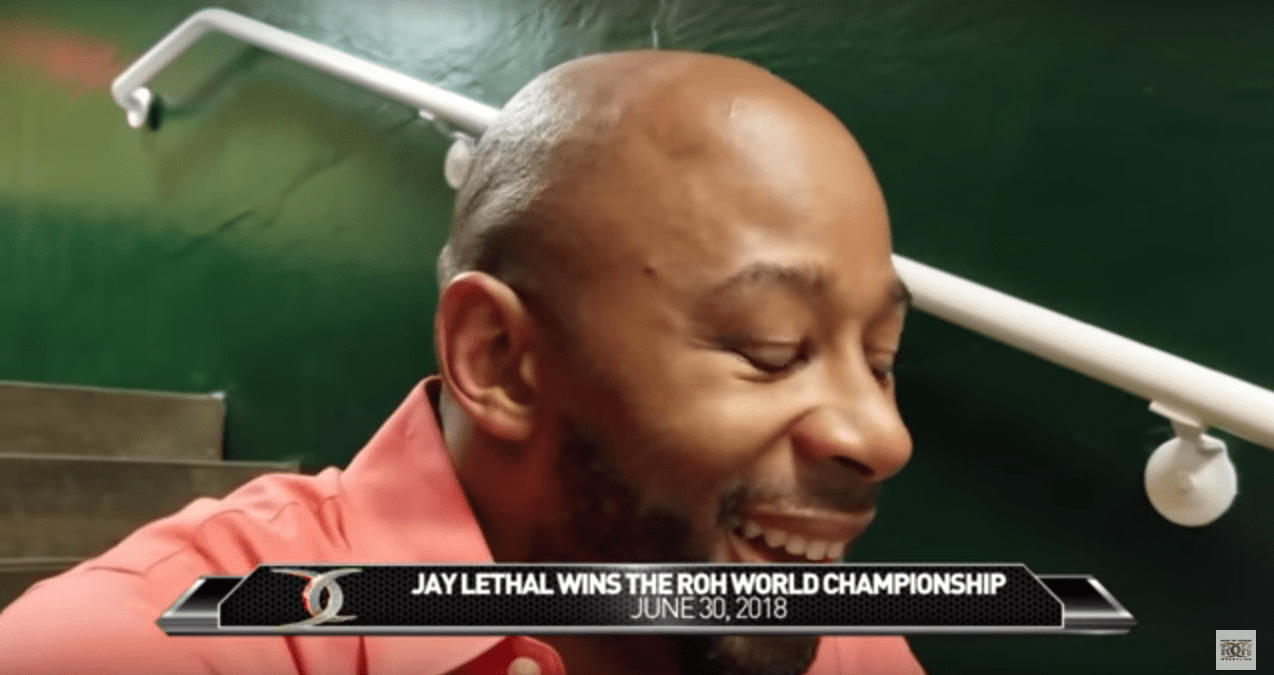 The artist formerly known as “Black Machismo” shocked everyone when he defeated Dalton Castle to become Ring of Honor champion for the second time in his illustrious career. Castle was fresh off a successful title defense from ROH’s Best in the World PPV when he bested Cody Rhodes and Marty Scurll in a triple-threat bout.

In a ROH exclusive interview, Lethal was asked about the differences between his first reign as champion of the promotion…and today’s reign. Lethal, for lack of a better word is…confident.

The biggest difference would be what I stood for. When I won the championship the first time I didn’t mind bragging it…was maybe a little overconfident but I could back it up you know? Maybe had a few people in my ear helping me think that way. Helping me to be a little bit braggadocious….as opposed to now it’s not overconfidence it’s just I understand and know and am comfortable and confident in my abilities. Not overconfident, but confident in my abilities. That would probably be the biggest comparison between now and then.