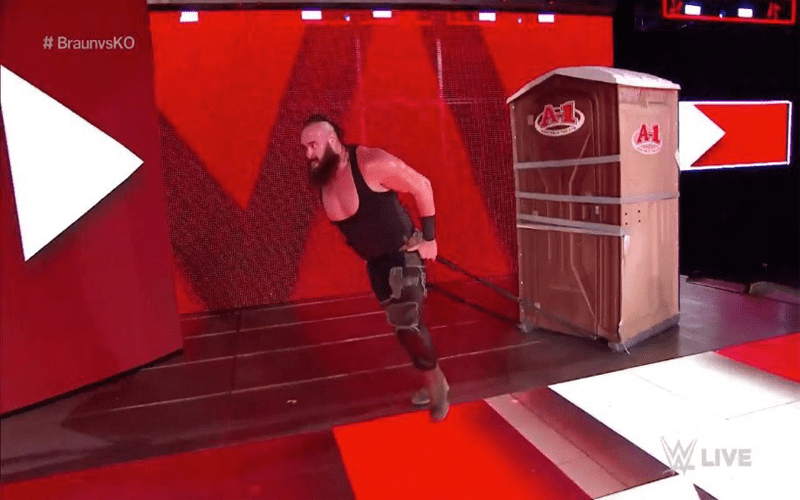 RAW this week ended with the result and aftermath of the match between Kevin Owens and the “Monster in the Bank” Braun Strowman. Strowman tackled a porta-potty with Owens inside, throwing it off the stage and coating Owens in a thick layer of a blue paint-like substance.

After the show, WWE released an official statement via their Twitter account on the incident between the two competitors. It reads as follows:

Braun Strowman, winner of the Greatest Royal Rumble Match and 2018 Men’s Money in the Bank Ladder Match, hurled a Porta-Potty containing Kevin Owens off the stage on Monday Night Raw.

If you’re a fan of the NBA you may have noticed the comparison between this statement and that of the Klutch Sports Group, who announced LeBron James had signed a $154 million dollar contract with the Los Angeles Lakers for four years.

The official statement from the Klutch Sports Group is as follows:

This was WWE’s playful way of mocking the NBA for the announcement.

Fans have had a mixed response to the announcement, with some believing this was a poorly written episode of the program and the Owens and Strowman segment was the icing on the proverbial cake.

What did you think of the main event? Did you find this mock statement by WWE funny? Sound off in the comments below.