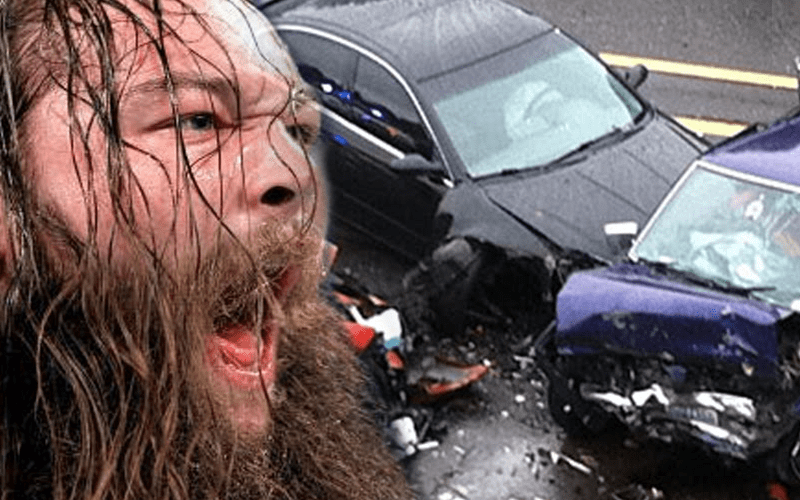 WWE reported that Bray Wyatt has been injured in a car accident this past Friday and has suffered multiple injuries. You can check out their report below.

Bray Wyatt was in a car accident Friday and has sustained multiple injuries, WWE.com can confirm.

Wyatt was en route to the airport for this past weekend’s Raw WWE Live Events when he was in a head-on automobile collision that left his car totaled. He was treated at Tampa General Hospital and has since been released.

Due to the injuries sustained, Wyatt did not compete at this weekend’s WWE Live Events and will not be present at tonight’s Raw.

Stay with WWE.com as details on Wyatt’s condition become available.

As of this writing we can not confirm if the injury is storyline related for not. We will keep you updated.