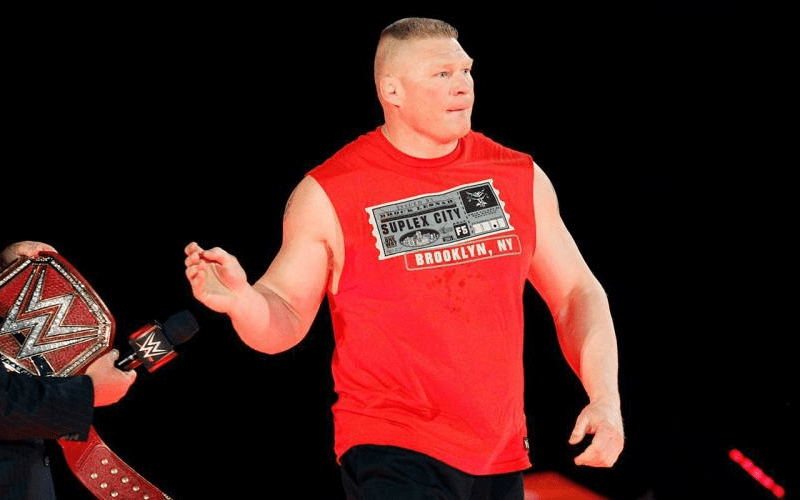 WWE Universal Champion Brock Lesnar has always been a controversial figure in WWE. His part-time status with the company and the contract he has itself has caused a lot of fan backlash for Lesnar’s employer. Given he is the main Champion on RAW, many have wondered how much time Lesnar has spent on the flagship program since winning the Championship from Goldberg at WrestleMania 33.

In his current storyline, Lesnar does not want to show up to compete. In fact, Lesnar’s advocate Paul Heyman recently went off on WWE over the RAW product and Lesnar’s potential challengers.

One Reddit user by the name of Neilson241 took it upon himself to note down every appearance Lesnar has made since winning the Championship. The aim was to determine how many minutes of television Lesnar has been part of.

Neilson concluded that Lesnar has been on RAW for a total of 196 minutes since capturing the Universal Championship at WrestleMania 33. This, in total, is just over three hours- the total time RAW airs per week. Statistically speaking, this is 2.2% of the available screen time since he won the Championship.

Take a look at the graph Neilson created below.

Speculating, Neilson also believes Lesnar has spent the majority of that either standing or brawling with Roman Reigns, Kane, The Big Show, Braun Strowman or Samoa Joe.

Lesnar’s future with the company is shrouded in mystery. The assumption is that Lesnar would be competing against Reigns or possibly Seth Rollins at SummerSlam, but there are now reports suggesting he may not even show up for that.

What are your thoughts upon seeing these statistics? What is your opinion on Lesnar? Sound off in the comments below.