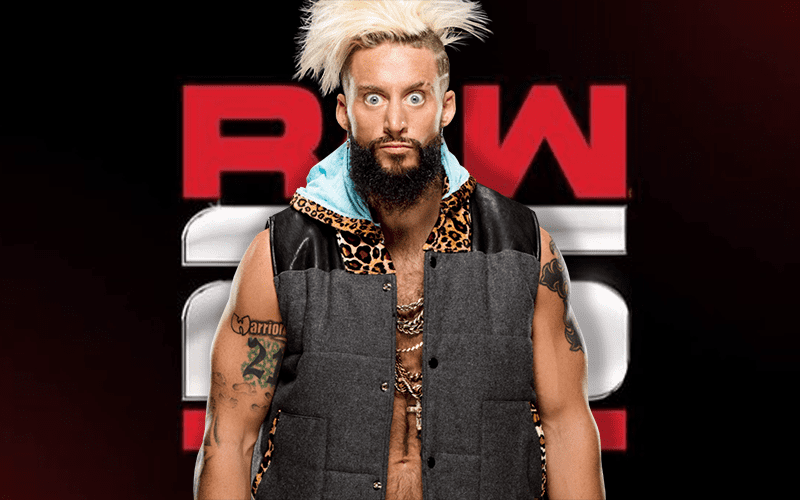 Enzo Amore was released from WWE soon after Raw 25. There were some allegations out about him that the company had to distance themselves from. But it turns out WWE had to re-write a ton of Raw 25 after it was deiced they couldn’t use Amore on the show.

Amore recently appeared on The Steve Austin Show where he revealed some plans for Raw 25 that didn’t happen. Apparently, the whole show was built around him and the WWE Cruiserweight Title.

Real1 said he was supposed to lose his Cruiserweight Title very early on in the night in a backstage poker game with the APA. Then he was supposed to come down later on without his title where he took a table spot from the Dudley Boys.

Enzo Amore was palling around with Nia Jax during that time and he revealed how Nia Jax was supposed to present him with the Cruiserweight Title later on in the night the tie up the story. She was supposed to have won her man’s title back for him.

He said his involvement with Raw 25 was a constant thread running through the whole show causing WWE to scramble and re-write much of the broadcast just hours before they went live.