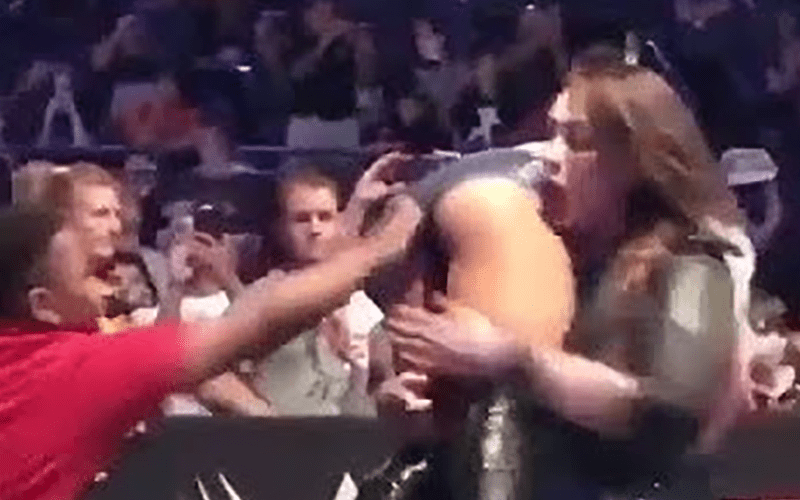 RAW’s Alexa Bliss is now a five-time Champion in WWE and is on her way to becoming one of the top female competitors in WWE history. As Bliss looks to take on former RAW Women’s Champion Nia Jax at Extreme Rules, she is finally addressing a longstanding elephant in the room.

In mid-August last year, Bliss teamed up with Jax at a live event. After the match, as Jax was carrying Bliss out over her shoulders, a young fan in the crowd managed to slap Bliss on the buttocks. That incident, combined with Jax’s reaction caused the video to go viral online.

This is the incident:

Bliss has now spoken to GiveMeSport, where she explained how she reacted to the incident.

You can also listen to Bliss’ comments on the matter in the video below.

Did you ever see the viral video? Did you expect Bliss to have this reaction? Sound off in the comments below.

(Please credit Ringside News if any portion of this article is used.)